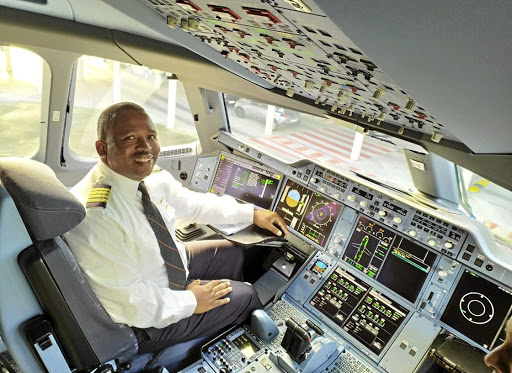 Chief Pilot Vusi Khumalo, who embarked on the mission to repatriate more than 100 South Africans who were stuck in Wuhan, China, the epicentre of the Covid-19 outbreak, said sleeping in his bed for the first time after the trip last month felt like heaven.

Khumalo, who came out of quarantine at The Ranch Hotel in Polokwane on Tuesday, said his excitement at going home made him not feel the taxing 14-hour drive from Airways Park in Johannesburg to Cape Town.

"The Ranch Hotel quarantine has been an amazing experience that slowed down my busy schedule and made me appreciate the little time I spend with my family," he said.

Khumalo, who had not told his eight-year-old daughter about his trip to China because the rest of his family thought he was going to die from Covid-19, said being back home after isolation made him realise how serious the virus outbreak was.

"I am happy to be back home. I feel peaceful and warm," Khumalo said.

He said being at The Ranch Hotel made him realise how busy his life had been.

"I realised I could be gone tomorrow, especially after I was the only person who got tested three times because my test results were inconclusive."

Khumalo said he will rest and work from home for the next week before taking on another repatriation mission.

"I will be co-ordinating another mission to go help other countries in moving people back to their respective countries like Germany. And me and a dedicated team of professionals will be doing cargo flights, collecting medical supplies during this time in Guangzhou, China," he said.

Khumalo said serving the country as a chief pilot, he will be preparing for the mission that will begin in the next 10 days.

He said he had not been with his daughter Khanya to tell her his story because she was moved to her grandmother's house for the school holidays. "My wife works at a hospital and she's hard at work during this time as the country is in a crisis..."

Capt Vusi Khumalo did not tell his eight-year-old daughter where he was going when he embarked on a mission to rescue more than 100 South Africans ...
News
2 years ago

The group were repatriated in a military operation headed by the SANDF, in collaboration with the health department and the South African Airways, ...
News
2 years ago
Next Article