Lockdown not only keeping us physically apart, costly data leaves us even lonelier 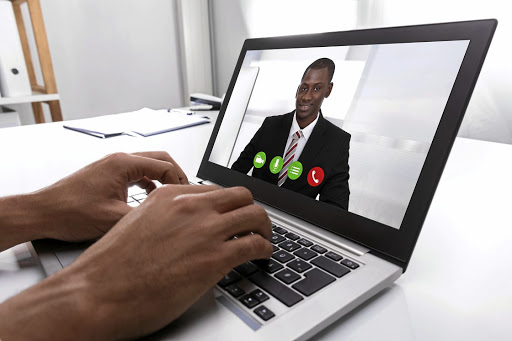 Going live on Instagram was an anticlimax because it was so simple after a sleepless night thinking something would go wrong . /123RF

For a man in his mid-50s, I've always regarded myself relatively well adjusted to our technology-driven world.

I've had my Twitter account since 2011, my Facebook since the app was introduced. At some stage I even had Mxit. But with all my open-mindedness when it comes to technology, I'd never gone "live" on Instagram or Face-
book. I'd never had a reason to.

Then Covid-19 happened. On March 15, when the president told a stunned nation about the measures we would soon be subjected to, I was in Durban, there to participate in the annual Time of the Writer literary festival.

After the president's proclamation the festival had to be cancelled. Perhaps "cancelled" is a misnomer. It had to be repurposed, to resort to a cliché.

What happened was, those of us who would have given talks and workshops at different venues simply had to recalibrate our presentations and put them online.

The co-ordinators were pleasantly surprised that at my age I had an Instagram account! Yes, that's what one of them said. These kids think they're the only ones who know what time it is.

What I didn't tell them, though, was that I'd never been live on Instagram.

So the day before we were to go live I went online for a tutorial. What an anti-climax; it was so simple that I shouted at my kids: "Why did you make it sound so difficult?"

Thinking about going live on Instagram had given me a sleepless night. "What if something goes wrong?"

I guess my kids inherited from me that nasty streak of dark humour mixed up with schadenfreude - the enjoyment of the pain of others.

It’s been almost a week since the coronavirus lockdown and while some security companies say criminals appear to be staying home, others report there ...
News
2 years ago

The ANC's OR Tambo political school has called for South Africans to take advantage of the lockdown and enroll for online courses with the school.
News
2 years ago

Speaking of which, I noticed that as we entered the sixth day of lockdown, responses to my Facebook posts had dwindled considerably. I pride myself in that whenever I post, I attract hundreds of responses within minutes. And the denizens of the Facebook world enjoy sharing my nonsense - even on other platforms. Which is to say I am the Bonang Matheba of Facebook, for lack of a better comparison.

When I noticed that the responses to my FB posts were few and far between, I wondered if I'd said something which would have given offence to my followers.

Then a friend pointed out something I hadn't thought of: people are saving data for important things!

He said, "They usually respond to your posts so generously simply because they have access to free WiFi at their place of employment."

His comment gave me an idea. I decided to deliberately needle my followers. I wrote: "Whn self-employed ppl complain abt data costs, u laugh at 'em. Without free office wifi u r so miserable u cnt even respnd 2 this."

The responses were immediate, and in keeping with the light-hearted spirit I was hoping for. People admitted that until they were forced to work from home, they hadn't realised how expensive data was in this country. Good! They were feeling the pain that I and many other self-employed people have been enduring all these years. Schadenfreude.

But what the lockdown is also teaching us is to be adaptable. When I read about Elisha Nochomovitz, the Frenchman who last week ran a marathon (42km) on his 7m-long balcony, I thought that was crazy nonsense. Until I, frustrated at not being able to venture out of my yard for a jog, found myself thinking about alternatives. I don't have a treadmill at home. What I do I have is a big yard.

So, I put on my running gear and started running around the swimming pool, up and down the yard. It felt ridiculous at the beginning. But by the third day, I was doing running sessions lasting more than hour.

Necessity is the mother of invention, I guess.