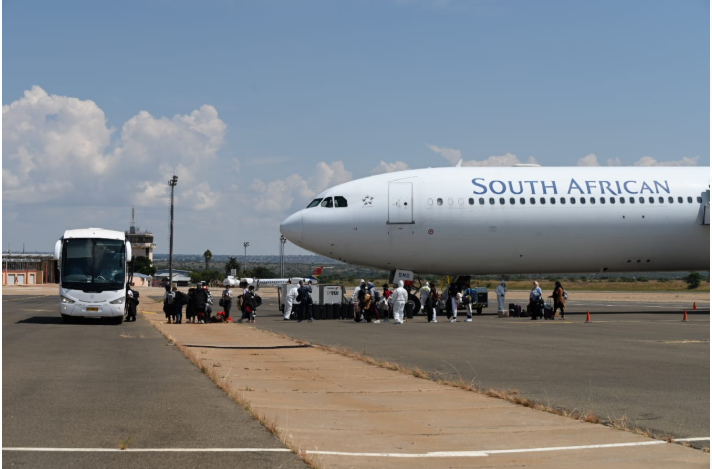 International relations minister Naledi Pandor said that in deciding who to repatriate, the government would prioritise people who are stuck at airports without food as well as the elderly.

This comes as the 114 nationals who were evacuated from Wuhan in China over two weeks ago started heading back to their homes after successful completion of the 14-day quarantine period​.

President Cyril Ramaphosa believes that a state of lockdown by the Chinese government was the reason South African citizens returned uninfected from ...
News
2 years ago

“You are, as the premier said, going to be those people whose names are going to be clearly written in the history our country, because this is ...
News
2 years ago

Although Pandor did not say when these repatriations would begin, she said that they were still collecting data and were expecting the number of 1,471 to increase.

She said that those who did not require the government’s assistance in travelling back to the country were free to make those arrangements themselves.

The ministry of transport has also relaxed travel restrictions and has now decided to allow flights carrying locals to land in the country.

This means that airports will be allowed to start welcoming flights from other countries.

However, transport minister Fikile Mbalula said that all of those who would be coming back to the country in the next few days would be subjected to quarantine for a period of up to 21 days.

“The evacuation of South African citizens who desire to come back home is allowed provided he or she has a fully paid return flight ticket. On arrival they will be subjected to mandatory quarantine for a period of up to 21 days, the crew shall be allowed to disembark subject to mandatory quarantine laws as may be applicable,” Mbalula said.