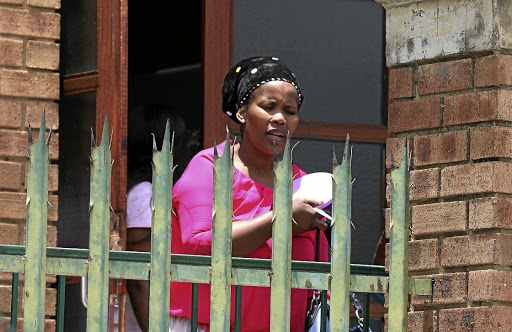 The mother of a woman who was arrested for the murder of a love rival has opened up about the pain of seeing her daughter in the dock.

"I am not condoning her actions... I am pained by the death of this girl and I'm pained that my daughter's toxic relationship landed her in prison after I tried several times to make her leave [her boyfriend Ayanda Gocina]," Jonga said.

Aphilile handed herself to Reiger Park police after stabbing Ntolo with a broken bottle on the streets of Joe Slovo informal settlement on Saturday evening.

Jonga said Aphilile told her she did not mean to kill Ntolo.

"She said she went to confront her boyfriend who had just told her that he has another girlfriend after a three-year relationship but she found him with Ntolo and an argument ensued," said Jonga.

She said Aphilile said she got into a physical fight with Gocina who was hitting her and ended up also fighting with Ntolo.

She said her daughter told her that she had broken the bottle to defend herself.

"She said she was trying to stab her boyfriend and ended up stabbing the woman because she came in between them."

Jonga said her daughter was suffering from depression and had been drinking a lot because of stress due to her relationship with Gocina.

"I even took her away from Gauteng in December after she started having seizures due to stress. I took her to the Eastern Cape so she can heal and be away from the constant fighting."

Jonga said she did not know her daughter was back in Gauteng but heard from friends that Aphilile's boyfriend sent her money to come back.

When approached for comment regarding the fight and the abuse allegations, Gocina said: "I have nothing to say."

Aphilile arrived in the Boksburg magistrate's court yesterday wearing a pink shirt and blue jeans with a fleece blanket wrapped around her.

She sobbed as she took a look at her mother who sat behind her in the gallery.

Magistrate Hans Havenger scheduled the bail hearing for today. The state did not oppose bail.

Aphilile's lawyer Khathu Manaka said he was confident that his client would get bail because of the fact that she handed herself to the police and therefore was not a flight risk.

"She is also a first time offender who has been submissive to the police during investigation.

"She presented the bottle she used during the fight to the police on her arrival at the station," said Manaka.