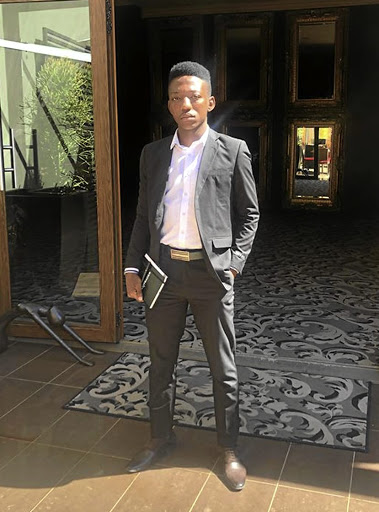 The father of a teenage boy who was stabbed to death has reacted with shock to a recording of a call made by the alleged killer through which he admits to killing his son.

The audio call of a 17-year-old alleged murderer surfaced on social media on Sunday.

The teenager cannot be named as he is underage and is yet to plead for allegedly stabbing Thoriso Kgomo, 18, after a fight broke out between the pair over the deceased's hat in Seshego, Limpopo, on January 5.

Thoriso died three days later from the injuries he sustained.

Thoriso's father, Lawrence Kgomo, said he was incensed that his son's alleged killer was allowed to have access to a cellphone in custody.

"This boy has caused us a lot of pain and has taken away our happiness. We are still dealing with the pain of losing our son and he is in jail, living a luxurious life, having a good time and making calls on his cellphone, while we are left dealing with the loss of our child," Kgomo said.

He said his family was finding it hard to come to terms with the loss of his son because his life was taken at a young age.

A teenager accused of several crimes, including murder of a grade 12 pupil, has caused a stir after he boasted on a video that he would get out of ...
News
2 years ago

"He had so much potential and from what I heard from the recording, he died for a cap, it just makes one see how senseless his killing was.

"Sometimes I sit at home and think that my son will walk in through the door, but I know it won't happen because he took him away from me."

In the latest two minutes long recording by the accused, the 17-year-old could be heard pleading for his life to be spared in prison.

Speaking to a woman who claimed to be Kgomo's relative, the 17-year-old said he stabbed Thoriso for stealing his cap.

Last week, two videos of the accused in custody in a Polokwane cell surfaced on social media in which he boasted about his invisibility, vowing to come out soon because he was "untouchable".

In the video clips posted on Facebook, the teenager can be heard saying he will be back for the second time from prison.

Authorities have since launched an investigation into the leaked video and voice recording of the 17-year-old murder suspect.

Police spokesperson Brig Motlafela Mojapelo said they were aware of the recent voice recording and that it would form part of the investigation looking into how the initial video surfaced on social media.