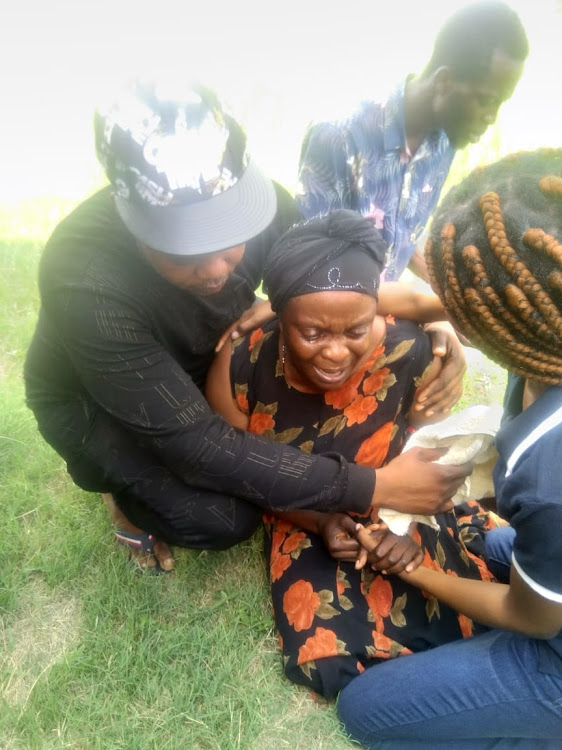 Anto Mpianzi being comforted by family members as she reached the place where her son's body was found.
Image: Yoliswa Sobuwa

"Oh my baby, why me Lord," Anto Mpianzi cried painfully as she walked towards where her son's body was found at Nyati Bush Lodge in Brits, North West, on Tuedsay.

Mpianzi's 13-year-old son Enoch drowned in the Crocodile River at the lodge during a school camp for grade 8 pupils from Parktown Boys in Johannesburg.

His family visited the lodge in the company of the SA Human Rights Commission officials to see the place where their son died.

Enoch's body was found two days after he had disappeared on Wednesday last week during rafting activities in the river.

But the family were not welcomed as the lodge owners had locked the gate. They only managed to access the facility after SAHRC Gauteng manager Buang Jones gave them permission to scale the lodge's gate. Mpianzi was helped over the gate by other family members. 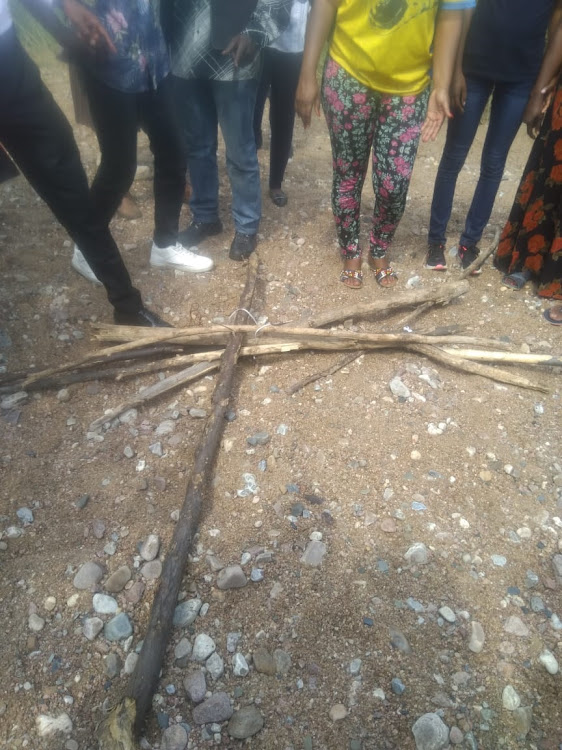 The remains of the makeshift raft made by Enoch and his team.
Image: Yoliswa Sobuwa

The owner refused to open the gates despite numerous calls from the commission.

After several calls made by Jones he announced that they had permission to scale the gate and proceed with their site inspection at the place where Enoch's body was found.

There was not much activity inside the lodge except for one person who was cutting grass. The grass roof chalets were all locked. After walking for about 3km, Mpianzi broke down and cried.

Jones said they had notified the owner that they were coming today.

"It was really out of courtesy and she agreed for us to come but now it's a whole different story. She said she is going to consult with her lawyers and we view this as an obstruction to our job as the commission. Her actions demonstrate an uncaring attitude," Jones said.

The South African Human Rights Commission (SAHRC) accused the owner of Nyati Bush and Riverbreak Lodge in Brits, in the North West, of obstructing their work on Tuesday January 21 2020. The commission's delegation, accompanied by Enoch Mpianzi’s family, was locked out of the property after a site visit was reportedly arranged. Mpianzi drowned at the lodge during a rafting activity with other Parktown Boys’ High pupils.

The mother of #EnochMpianzi being helped to climb over the gate at the Nyati Bush and river break lodge. pic.twitter.com/WBhvl1abJr