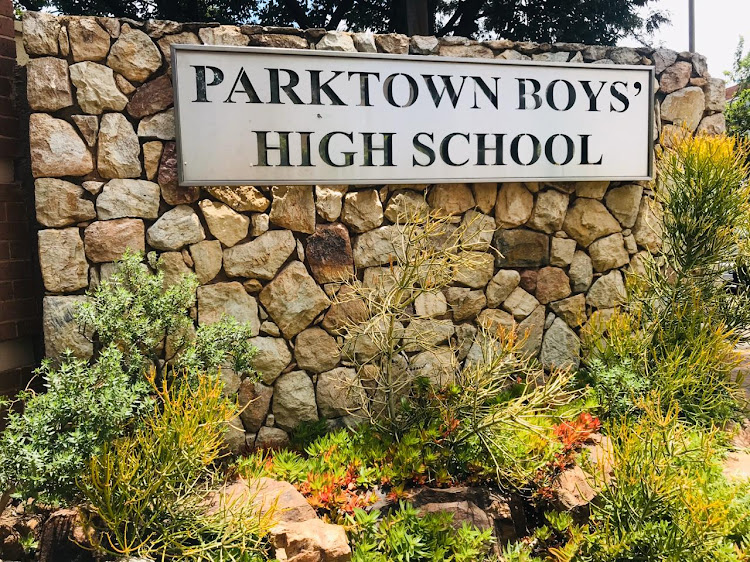 Enoch Mpianzi was so excited to go on the grade 8 orientation camp that he could barely sleep the night before, his parents told Gauteng education MEC Panyaza Lesufi.
Image: KGAUGLEO MASWENENG/TimesLIVE

Parktown Boys’ High School said it would remove all negative comments on its social media pages around the death of Enoch Mpianzi.

The decision was taken out of respect to the family and friends who had been affected by the tragedy, the school said in a statement.

“ ... we made the decision to not reflect any negative comments publicly on any of our social media releases. As a result such comments were deleted, but not ignored.

“We confirm that your questions and valid concerns have been noted and we acknowledge the utmost importance of providing answers and clarity to each concern raised.

Mpianzi died during a school orientation camp for grade 8 pupils at the Nyathi Bush and River Break lodge in the North West this week.

The school said the camp aimed at introducing new Parktonians to each other and creating an environment which “focuses on team work and the achieving of common goals through various activities offered at the camp”.

It was not immediately clear whether Enoch Mpianza and other Grade 8 learners from Parktown Boys High who partook in a river-rafting exercise that ...
News
2 years ago

According to Col Adele Myburgh, the pupils were divided into groups and were given material to build their own rafts with which to go down the Crocodile River.

Myburgh said Enoch was with a group of about 12 pupils on the homemade raft when it overturned.

“It seems the currents were quite strong, and the last time the boy was seen was when some of his friends saw the raft overturn and children fell into the water,” Myburgh said.

Gauteng education MEC Panyaza Lesufi said he was not aware whether the “people who assisted the children or the children themselves had life jackets or were given safety guidance”.

About 200 pupils took part in the camp.

Mpianzi's family hailed from the Democratic Republic of the Congo. The grade 8 pupil lived in Yeoville, Johannesburg.

A relative of Parktown Boys' High pupil Enoch Mpianzi, who died during a school orientation camp on his first day of grade 8, shrieked and broke down ...
News
2 years ago
Next Article