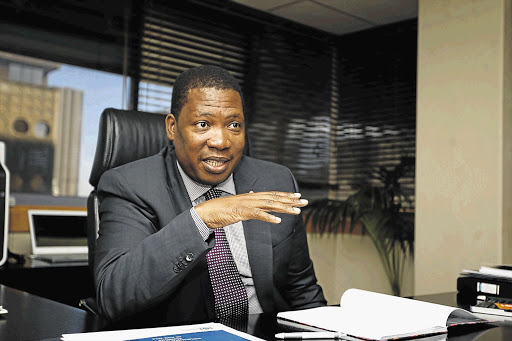 Panyaza Lesufi says the Kempton Park schoolfight is an isolated incident that is being dealt with by the authorities.
Image: VATHISWA RUSELO

A criminal case has been opened against a pupil who was caught on camera in a physical fight with a schoolmate in Kempton Park, the Gauteng department of education said on Wednesday.

Education MEC Panyaza Lesufi said the mother of one of the schoolboys opened a case at the police station.

A video of the grade 9 pupil using a wrestling-type throw-down on another learner went viral on Tuesday evening.

The 20-second video depicts a pupil kicking and punching a schoolmate on the ground.

“What the f**k. What is your problem with my girlfriend,” he asks the schoolmate.

“What did I do to your girlfriend?” the schoolmate asks his attacker.

The pupil then picks him up and slams his body on the tiles of what appears to be a bathroom floor.

“Calm down,” the schoolmate tells him.

Security at KZN schools beefed up after exam disruption threats

The KwaZulu-Natal department of community safety has beefed up security at schools, after controversial business forum Delangokubona allegedly ...
News
2 years ago

“What the f**k is your problem with my girlfriend,” he asks again, before the video ends.

He said the school governing body was “on top of the situation” and he had received a detailed report in the incident.

The pupil also faces a disciplinary hearing, which is expected to be held on Wednesday evening.

“Because they are minors, we have allowed them to write exams in separate rooms so that they don’t mix and meet again until all processes are concluded.

“We really believe the school is safe and this is an isolated incident that we have attended to. The importance of the disciplinary hearing is to deal with it as quickly as possible.

“We will provide relevant support if they need,” said Lesufi.

School principal Francois de Kock said they were disappointed in the behaviour of the pupil.

“We are a school which believes in moral values and standards. Every learner must feel safe to come to school.

“What happened was very unfortunate and we will work hard to curb future incidents so that the school grow from strength to strength,” De Kock said.

De Kock has urged pupils to report future incidents with immediate effect instead of taking videos and pictures to post online.

Lesufi said pupils should be taught that differences should not be resolved through violence.

“If you do that, you will have an eye for an eye and that will make all of us blind. That is the situation we have to avoid.

“This thing can happen anytime and anywhere. We want to reassure parents that our schools remain safe.”