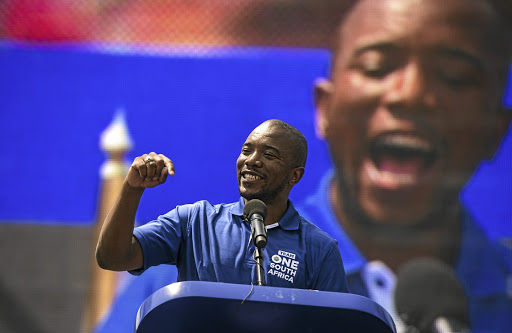 DA leader Mmusi Maimane has received support to lead the party until after the national elective conference in 2021.
Image: Gallo Images

Any attempt to remove DA leader Mmusi Maimane before the 2021 organisation's elective conference would be tantamount to a coup, party's KwaZulu-Natal leader Zwakele Mncwango has remarked.

This is in light of an organisational review report by former DA leader, Tony Leon, and his ally, Ryan Coetzee, that recommended that the embattled Maimane step down. The report also calls for and an early elective conference.

The Sunday Times reported that provincial leaders, including Gauteng's John Moodey, Jacques Smalle and Western Cape's Bonginkosi Madikizela, among others, rejected the organisational report at a federal executive meeting in Cape Town on Friday.

The report was commissioned by the DA following the party's poor performance in the May's general national elections.

Mncwango said although he has not seen the report, which will be presented to the DA's federal council meeting next week, his comments are based on what has been reported in the media.

He said provincial leaders held the same view that Maimane would lead the party until 2021.

"I haven't seen the report, I'm talking on principle about the situation we find ourselves in." Mncwango said it was up to conference delegates in 2021 to decide on the party's leadership.

"Delegates will decide whether he gets re-elected or not," said Mncwango.

Moodey confirmed he was part of the leaders who rejected "some aspects" of the report.

The report is said to have suggested a change of leadership in DA-governed metros in Tshwane, Johannesburg and the Western Cape.

DA spokesperson Solly Malatsi confirmed the report was discussed on Friday but said no decision was taken.

"No decisions were made in relation to the status of the draft report, as this function lies with the FedCo as the highest decision-making body of the party between congresses," he said.