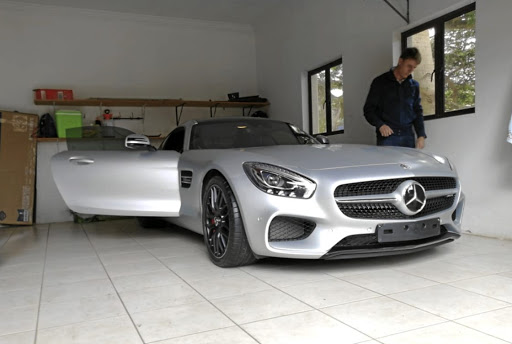 A total of 10 houses, 14 cars and an undisclosed sum of money were seized yesterday when the Hawks and National Prosecuting Authority (NPA) Asset Forfeiture Unit raided properties, including that of former eThekwini mayor Zandile Gumede.

The seizure of properties, luxury cars and cash believed to be the proceeds of crime was in relation to Gumede's multimillion-rand fraud and corruption case.

The former mayor, along with councillor Mondli Mthembu, Sandile Ngcobo and 13 others, face a charge of unduly influencing the awarding of a tender in relation to a R208m Durban Solid Waste (DSW) contract in 2016.

The raids, that started in the early hours of the morning, were conducted simultaneously on several properties, including Gumede's Umhlanga home and properties in Zimbali, Amanzimtoti and Inanda.

Sowetan understands that the Hawks and AFU seized assets of 16 individuals to the tune of R51m as well as 26 companies and two trusts that have not yet been quantified.

Be wary of playing to the gallery

There is a growing sense of anger and frustration over the failure of the criminal justice system to act against the architects of state capture and ...
Opinion
2 years ago

"The curator, together with AFU are still busy. So the number of the seized items will definitely grow as and when this thing unfolds," said an insider. "In total we're talking about R230m the curator has been given instruction to recover."

Gumede later told Sowetan sister publication Times Select that she had not been furnished with the charge sheet yet. She said she rented the house in Umlanga because she wanted to be closer to work. The mansion, which features a guard house and a rondavel, is surrounded by dozens of RDP houses.

Hawks spokesperson Brig Hangwani Mulaudzi told the media that among some of the items seized thus far were luxury vehicles including a Lamborghini and Porsche, which form part of the multi-million rand asset list.

The seized luxury vehicles include:

An unregistered black Audi RS3; and

An Isuzu double cab and a Ford Ranger Wildtrak alleged to be owned by Gumede.

"These will also be forfeited to the state. Until the finalisation of the criminal investigation, they will be under the control of the state," said an insider.

Members of the Hawks and the Asset Forfeiture Unit raided the second home of Zandile Gumede in Inanda, north of Durban, on Thursday.
News
2 years ago

The Hawks and Asset Forfeiture Unit swooped on several properties, including the home of former eThewkini mayor Zandile Gumede, early on Thursday ...
News
2 years ago

The eThekwini executive council (exco) meeting to elect Durban's new mayor got under way with a surprise visit by the former mayor at the City Hall ...
News
2 years ago
Next Article