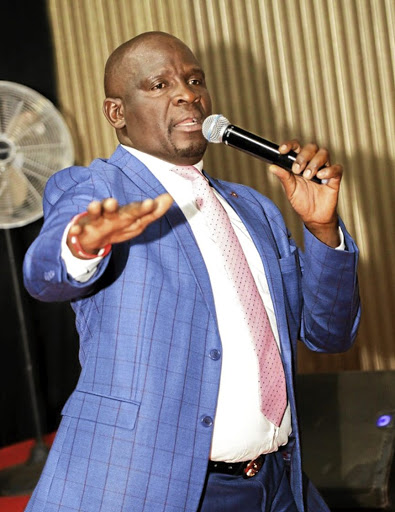 A well-known Limpopo pastor who was arrested for theft and possession of unlicensed firearm is a free man after the charges were provisionally withdrawn in the Bochum magistrate's court.

Apostle Walter Mashalane of In His Presence Ministries and two church members were released on Friday after charges against them were provisionally withdrawn because police failed to charge them within 48 hours after their arrest on Tuesday night.

Mashalane's lawyer, advocate Mphafolane Koma, said he was tortured during three days of interrogation as police wanted to know where he had allegedly hidden his guns.

"It is not clear yet which firearms they are looking for," Koma said.

He said there were issues in 2017 during conflicts between the community and some members of the church. Koma said Mashalane fired a warning shot to "disperse the attackers".

"He was then arrested for discharging a firearm in public," Koma said

After the incident, one of the congregants lent Mashalane a firearm to protect himself after his was taken by the police, Koma said. He said it was the same firearm from the church member that police found in his possession and confiscated.

"However, our investigation are continuing in this matter. A church member opened a case against the pastor," Mojapelo said.

Four men broke into an up-market lodge in Pretoria East's affluent suburb of Silver Lakes, shot dead a Lesotho pastor and ran off with two cellphones ...
News
1 year ago

Koma said two members who were arrested with Mashalane were also tortured and assaulted and were admitted to a local hospital for treatment.

"We intend to sue the minister of police Bheki Cele for unlawful arrest and detention.

"As of the torture, a plastic bag was pulled down the pastor's head, covering his face.

"We are also going to sue every police officer who was involved in their personal capacity," said Koma.