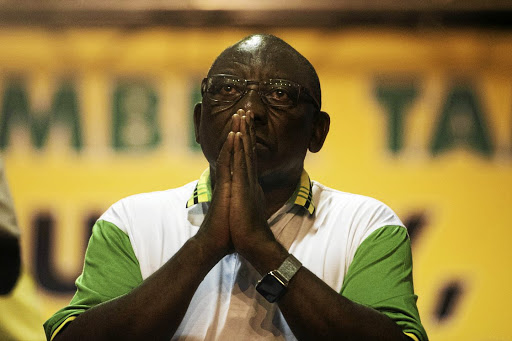 Cyril Ramaphosa has argued that Mkhwebane may have illegally obtained financial records of his CR17 campaign. /Alet Pretorius/Gallo Images

President Cyril Ramaphosa's court victory over public protector Busisiwe Mkhwebane to secure the suspension of her remedial action on the Bosasa donation, means he can now focus on the judicial review of her report.

Yesterday, the North Gauteng High Court suspended Mkhwebane's remedial action on her report in which she found that Ramaphosa misled parliament about his knowledge of donors to his campaign. But now the battle between the two will shift to Thursday where the president is seeking urgent relief to seal some of the documents used by Mkhwebane in her investigation of the Bosasa donation to the CR17 campaign.

Ramaphosa has argued that Mkhwebane may have illegally obtained financial records of his campaign which have now been leaked to the media.

Legal expert Ulrich Roux said that if the documents were indeed obtained illegally, Mkhwebane would not be able to use them.

"Yes that horse has bolted. In other words the relief sought is no longer in question, because the information is already out in the public domain.

"But he [Ramaphosa] has also obtained an interdict to prevent her from attaching the said report to papers she is going to file with the high court and that is obviously to protect the privacy and identity of some of his funders," he said.

"I don't think all of the documents have been disclosed ."

In her report, Mkhwebane found Ramaphosa misled parliament about his knowledge around people who funded his campaign and directed him to disclose the ...
News
2 years ago

The SACP yesterday also said the focus on Ramaphosa's funders is "one-sided" and called on the ANC to reveal all the donors of other presidential campaigners.

Ramaphosa ran a successful presidential campaign against Nkosazana Dlamini-Zuma in Nasrec in 2017.

"The SACP resolutely rejects being drawn into a one-sided focus on the fundraising details of the leadership contest associated with the last conference of the ANC," SACP spokesperson Alex Mashilo said yesterday.

"It would be appropriate for the ANC members and the public at large to receive a full disclosure of the sources of all the funds that were donated, received and used in the course of the contest, regardless of candidates involved."

Banking group Absa on Sunday rubbished claims that it made a donation to help fund President Cyril Ramaphosa's ANC presidential campaign.
News
2 years ago
Next Article