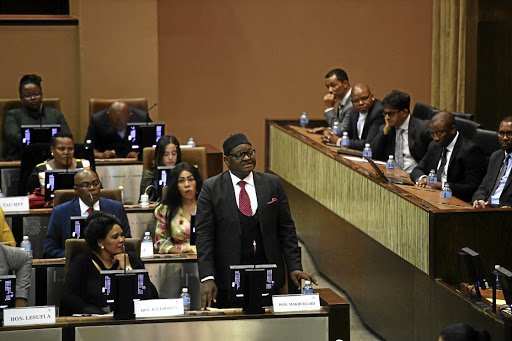 Gauteng premier David Makhura has appealed to political parties to work together and prioritise the issues of great concern to the citizens of the province.

Makhura made the appeal after he was sworn in as premier along with members of the provincial legislature yesterday.

"The people of Gauteng want a growing and inclusive economy that creates more jobs. They want access to housing and land.

"They want us to fight crime and corruption with determination and vigour," he said.

"They want us to fix our ailing public healthcare system.

"They want us to provide all the children with better educational opportunities and skills for the economy of the future..."

Former Joburg mayor Parks Tau and former City of Tshwane mayor Kgosientso Ramokgopa were among the new faces at the legislature.

This follows Hlongwa's resignation amid corruption allegations of R1.2bn during his tenure as health MEC.