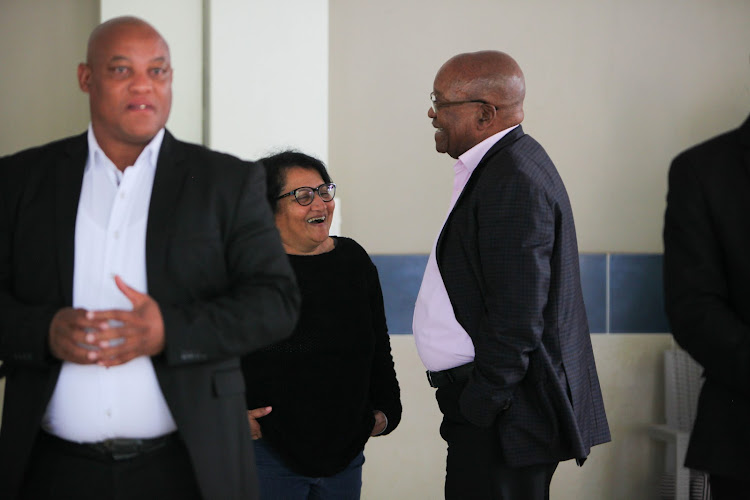 ANC Women’s League's call that 50% of the premiers of the provinces in which the party governs should be women will remain remain just a dream after most of the candidates  recommended by the national executive committee are men.

The party on Monday evening announced that five of the seven officials recommended to be premiers are men, while two are women.

Eastern Cape ANC provincial chairman Oscar Mabuyane on Wednesday promised voters that if the ruling party wins the elections it is going to change ...
News
3 years ago

Sihle Zikalala, ANC chairperson of the party in KwaZulu-Natal, has received a nod to be the province’s premier.

In a media statement issued by ANC secretary-general Ace Magashule last night, he said the NEC, the party’s highest decision-making body in between conferences, resolved that in provinces where premiers were men at least 60% of the provincial executive must be constituted by women.

“In arriving at its decision the NEC was guided by the following principles and approaches: gender parity; unity and stability in ANC structures; youth and inter generational mix; experience and; integrity,” Magashule said.

“The NEC received three names per province as recommended by the provincial executive committees.

The cash-strapped Fetakgomo-Tubatse local municipality in Limpopo will be placed under administration.
News
3 years ago

“There was consensus that in instances where the premier is a female there shall be at least 50-50 representation in the provincial executive.

“Speakers in all provinces will be women irrespective of whether the premier is male or female.  Youth representation must be integrated.”

“Pertaining to the North West, the premier candidate will be announced in due course following internal engagements.”

As the party’s executive went into yesterday’s meeting, there was serious jostling for who would be appointed premiers, especially given calls from the ANC Women’s League that at least four of those appointed should be women. Speaking to reporters, shortly before the  NEC meeting yesterday, Magashule said the lists of parliamentarians could still be amended.

“I’m not saying the list to parliament can’t be changed. I am saying we have registered the list [to the IEC].

“To take out a person from parliament from the list, that person must agree to resign,” he said.

The ANC has received a lot of flak from the public,  including veterans and alliance partners,  after including members that had damning allegations of wrongdoing and corruption hanging over their heads.