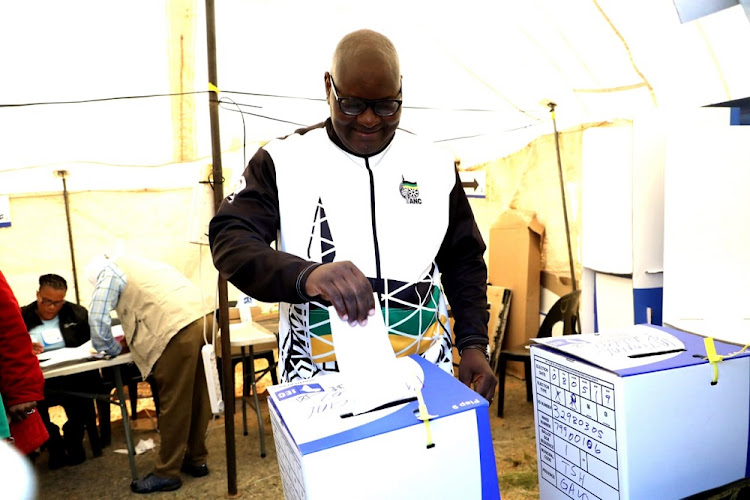 Gauteng ANC chairperson David Makhura is confident of an outright majority win in the province after today's national elections.

Makhura addressed the media after casting his vote in Knoppieslaagte, Centurion this morning.

"I'm very confident that the people of the country and here in Gauteng will give the ANC an overwhelming mandate, I've got no doubt about it, we will get a mandate to transform this industrial hub of our country," Makhura said.

Dressed in an ANC tracksuit top, Makhura queued for more than 40 minutes with other residents in chilly weather before voting.

His voting station, situated in an open space, just a few kilometers from Olievenhoutbosch township, opened about 30 minutes late but Makhura and his wife Mpho waited patiently for voting to commence.

Gauteng premier David Makhura queued early on Wednesday in a growing line with other residents at the voting station where he is registered.
News
3 years ago

When asked about experiencing nerves as he was about to enter the voting station, Makhura said the only nerves he had were due to the cold.

With Gauteng expected to be one of the toughest battle grounds of these elections and may not see any party getting an outright winner, Makhura warned that coalition governments don't work.

ANC Gauteng chairperson David Makhura has stuck to his guns on the eve of the elections, saying the party will not consider entering into a coalition ...
News
3 years ago
Next Article