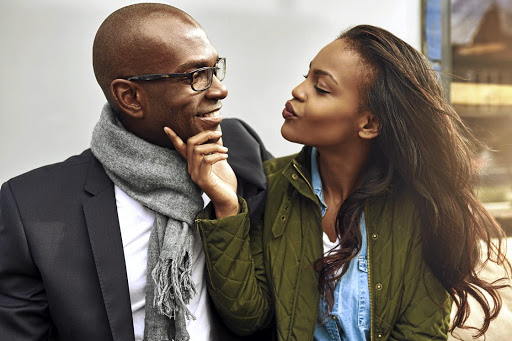 Surely at some point in your life you have found yourself having a sex buddy, or knowing someone who does. It really isn't anything that is shocking or frowned upon by society.

But very rarely are the nitty gritties of the dynamics of this union discussed. All we know is that two people are having great sex, yet they are not in a relationship. What does this entail exactly? Do the waters ever get murky?

*Richard from Centurion says his sex buddy situation is quite unique in that his sex buddy was the one who actually introduced him to his current girlfriend of three years. He says he has had his sex buddy for over five years.

"We were colleagues before I moved to a different division of the company, but we stay in the same township - so we were pretty well-acquainted.

"Our sexual relationship actually began on a team outing once, and we had had a little too much to drink. She ended up going home with me."

But Richard says he was shocked by how "cool" his one-night stand had turned out to be. "With most girls, you have to lie in the morning and promise to call them or find some sort of way to let them down gently, but she was totally cool.

"She actually told me that she had fun, and that we should do this again soon. She was not clingy, it was not awkward at work; things just went back to normal like nothing had happened."

But something had happened, and three weeks later, it happened again, and more and more times after that. Throughout their rendezvous, Richard says no one had feelings and they just really
enjoyed each other.

"She started seeing someone, but our unique friendship never stopped. Then much to my surprise, she hooked me up with a close friend of hers and encouraged me to date her. I did, and she is still my girlfriend to this day.

"My buddy and I continue to have great sex when we get the chance, and we are completely professional about things. We don't sext or make funny gestures towards each other when in the company of our significant others. We are just good friends who happen to have great sex, that's all."

Asked if he plans to end things with his buddy should he get married, Richard said: "I don't see that happening. My buddy and I have incredible sexual chemistry, and it's reassuring knowing that she is always on speed dial should I need sexual comforting."

Relationship counsellor Lethabo Ntsasa says most people tend to look for a sex partner at a particular stage. "They may have just got out of a long-term relationship, they may be single and lonely, but not necessarily ready to commit to a relationship or they may simply want to satisfy their sexual needs without the hard work that comes with an actual romantic relationship.

"There is absolutely nothing wrong if two consenting adults choose to go down this route.

"The boundaries have to be set clearly from the onset to avoid misunderstandings and people being hurt. Some people make the mistake of going into this kind of agreement hoping that as the one party enjoys the sex, they will deem them worthy of being in a committed relationship. This is the wrong mindset to have, and will only result in being broken-hearted. If you are going to take on a sex buddy, ensure you are both on the same page."

When couples have other lovers: Pansexuals live in total freedom

Sexual fluidity is something often not spoken about.
Good Life
3 years ago

What most people probably grapple with is how one turns off their feelings and separate sex from an actual friendship.

Ntsasa says that this is not always possible. "People may be able to switch off their feelings when having sex with a once-off encounter like a one-night stand or even making use of the services of a prostitute, but frequent encounters inevitably lead to some sort of feelings being involved.

"Although one of the parties involved may suppress these feelings for the sake of not wanting to betray the initial agreement of no strings attached, often times one or both of the participants develop a sense of entitlement and romantic ownership over time."

According to Ntsasa, while having a sex buddy is not an issue, he strongly suggests that people who choose to have such a buddy remain single. "When you feel that you have found the one who has captured your heart, it is best to cut ties with your sex buddy."

Reasons why, at some point , you should let your friend with benefits go

While relationship counsellor Lethabo Ntsasa says the main reason one should let a sex buddy go is if you have found a romantic partner, what other reasons could there be to bid your sex buddy farewell? Ntsasa puts forward these reasons:

When they are having sex with multiple people. Although having sex with a sex buddy should always be protected,when they have sexual relations with lots of other people, it exposes you to potential sexually transmitted infections;

●If your sex buddy gets into a relationship, let them go.

●When your sex buddy is not discreet. If they go around telling everyone about what happen between the sheets, cut them loose and retain your dignity.
Also, this could compromise the chances of finding a romantic partner because no one wants to know who you slept with before they came along;

●If they start acting jealous,demanding to know where you are, etc. These are all red flags that the other party may be much more invested than you;

●If they confess to having feelings for you, let them go only if you do not feel the same. Continuing to have sex with them would only be selfish because you cannot offer them what they need.