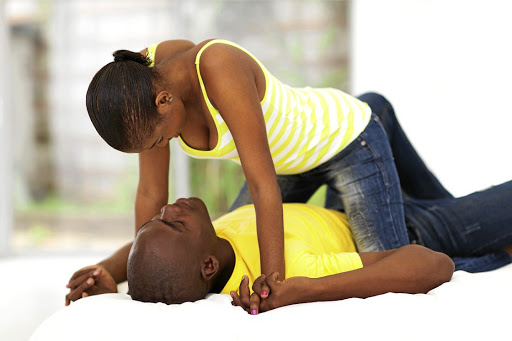 Some women enjoy being in control during sexual encounters.
Image: 123RF

When it comes to the bedroom, most men like to dominate.

This can sometimes speak to stereotypical gender roles where a man is supposed to be large and in charge.

While most women do not mind this, there are some women who like to change it up a bit and be the ones cracking the whip in the bedroom - pun intended.

Yes, some women like to be dominant during sex, and just like 41-year-old student advisor *Palesa from Johannesburg found, most men can be taken aback by this. "I get turned on by a man relinquishing all his masculinity to me and allowing me to steer the ship when it comes to sex.

"I find nothing sexier than a man who is secure enough in his sexuality to allow a woman to be in charge and leave all the pleasuring to me.

People in positions of power like to be dominated in bedroom

According to a 2016 study done by sociologists Joris Lammers and Roland Imhoff, and published in the journal Social Psychological and Personality Science, social power reduces inhibition when it comes to the bedroom.

This means the higher your social ranking and more powerful you are, the more chances of being submissive in bed.

The study, which involved 14306 participants, found that power frees people from their inhibitions and increases sadomasochistic thoughts in everyone, especially when it comes to women being dominant and women being submissive.

"I get to decide the positions, the duration and what I would like for us to do during our session. It is very sexy.

"However, in my experience, most men have a problem with this. Some men flat-out protest the idea of being tied up or subdued and allowing me to do as I please. They tend to insist on taking over and when I protest, there tends to be a bit of struggle of power. Most of the ones who give in, I usually never hear from them again," she says.

So what exactly is involved in a woman being in charge in the bedroom?

Palesa says it involves, among other things, a man keeping his hands to himself, unless told otherwise.

"One of the most orgasmic positions that a woman can experience is the woman on top position. It allows you as the woman to control the level of penetration as well as the movements.

"We as women know our G-spots and how to make ourselves reach orgasm, so I simply choose not to leave that to a man in the hopes that he will do it properly. Men tend to want to control the thrusting or how your body moves in order for them to satisfy their level of pleasure.

She says being dominant also involves speaking up, which is something that she says a lot of women are afraid to do.

"Women are afraid to take charge of their sexual pleasure and usually take what is given to them. Speak up; say 'I want you to do this to me' or even stop him and say 'no, you are not doing this properly'.

"This is you being in charge of your sexual satisfaction. Although it takes a special kind of man to comply, if you find one, it is orgasmic."

Sexologists weigh in on the subject

Sexologist Elvis Munatswa says that most men dislike a dominant woman in the bedroom as they feel emasculated.

"The general rule of thumb is that whoever initiated the sex chooses the sex position and controls the intensity, therefore potentially creating under-par performances.

"Under-par performances are a result of anxiety and loss of control.

"A dominant woman challenges the idea that men are mighty in bed, and men see her as having the potential to emasculate or humiliate them in times of non- performing or below-par performances," Munatswa says.

Sex therapist Godivah says being dominant in bed has a lot to do with one's personality.

"Dominant and submissive personalities are usually formed in childhood, but negative or positive sexual experiences can sway our preferences either way.

"Usually, people who need to be dominant all day long in their chosen working environment enjoy being submissive in bed.

"It is a nice and welcome change for them. Society demands that women be submissive and only getting what they need sexually through manipulation, asking or begging.

"A true submissive male can sense a dominant woman simply from the over-confident way she walks, talks and operates in her world."

South Africa has made considerable progress against HIV/Aids‚ with a marked decline in the number of new infections since 2009.
Good Life
4 years ago