When couples have other lovers: Pansexuals live in total freedom 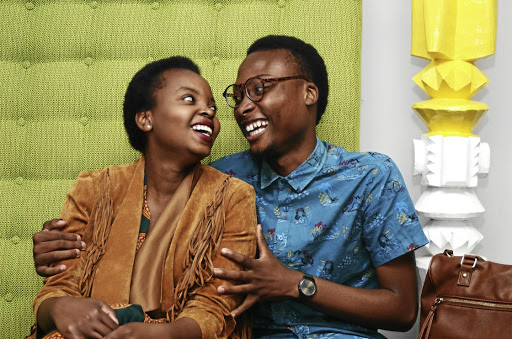 Sexual fluidity is something often not spoken about.

While sexual orientation has become a relatively easier dinner table conversation in recent years, most people are still not clued up about the bulk of sexual orientations, and have their vocabulary limited to either gay, lesbian or bisexual.

In reality, there is a large spectrum when it comes to sexual orientation, and one such sexuality is pansexuality, a term most people may not be familiar with.

Online dictionaries describe pansexuality as an
individual who is not limited in sexual choice with regard to biological sex, gender or gender identity.

While this may be something that a lot of people have difficulty grasping, one cannot help but wonder how it all works, especially within the confines of a relationship.

Twenty-four-year-old Zwelethu Mambane and
23-year-old Nkateko Macina are entrepreneurs who stay together in the Johannesburg CBD. They have been together since high school and are in their eighth year of dating. On the surface, it seems like any other couple in love. Yet, what most people do not know is that they are a pansexual couple.

Ensure your love life is not stuck in the Middle Ages.
Lifestyle
4 years ago

They say that when it comes to their sexual identity, they do not believe in labels.

"We classify ourselves as pansexual, but we don't believe in labels. In our relationship, we believe in freedom.

"We believe in exploring life and experiencing different things. Our relationship is centred around free will. If one of us feels like being with another person out of the relationship, so be it. If we want to explore something with the same sex, so be it. We do not limit our experiences," Mambane says.

"We tell each other about our experiences, and do not lie to each other. We are very open and can even invite that particular person to join us in our bedroom. We basically have no rules and don't believe in keeping each other in cages," Macina says.

The couple expresses their belief that human beings are sexual beings and that society has conditioned people to suppress their sexual fluidity. They say most people are actually attracted to both sexes but are hiding it.

"The motto of our relationship is to live a truthful life, to be truthful to ourselves and, most importantly, to each other. And, the sense of freedom that comes with that is immeasurable," says Mambane.

The couple says that their families have a hard time understanding their union, but that they do not live their lives to please anyone and instead focus on growing within their relationship

"We plan to raise our kids with the same freedom we have. We will teach them to express themselves and not confine them to any form of religion, culture or sexual
orientation," Macina says.

The singer recently told Billboard magazine: "I'm a little bit boyish but I can also be super femme and dress as a bunny rabbit.

"Who I'm with has nothing to do with sex - I'm super open, pansexual. That's just me."

The 'Chandelier' singer Sia has also been vocal about being pansexual

In 2009, she told Same Same magazine: "Before I was actually successful I'd always said I've always dated boys and girls and anything in between.

"I've always been, well, flexible is the word I would use."

Musician Ke$ha has also spoken about her pansexuality, saying she is attracted to people, not gender

In a 2016 interview with Seventeen magazine, she said: "I don't love just men. I love people. It's not about a gender. It's just about the spirit that exudes from that person you're with."

Wife relives hubby's death in the arms of his mistress

Dineo's 63-year-old husband died after suffering a heart attack while having sex with a mistress who was their neighbour.
Good Life
4 years ago

Sex-toy parties give women a heads-up

Attendees learn while having fun.
Good Life
4 years ago

Just reciprocate by having lots of sex too.
Good Life
4 years ago