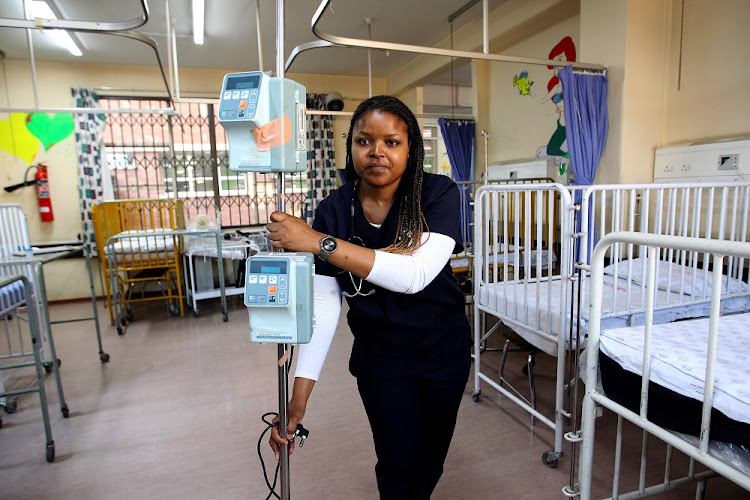 Pamela Sithole, now an intern doctor at Rahima Moosa Mother and Child Hospital, had to juggle her studies and part-time domestic work to put food on the table.
Image: SANDILE NDLOVU

For six years Pamela Sithole juggled her part-time domestic work duties and her medical studies at the University of Kwazulu-Natal.

Sithole, 25, who graduated last month with a distinction in dermatology, used her earnings to buy bare necessities such as food and clothing while studying.

When her peers went on holidays during academic breaks, Sithole would spend her days working for her employer, Val Shirley.

The intern doctor from Phoenix in KwaZulu-Natal, who now works at Helen Joseph and Rahima Moosa Mother and Child hospitals in Johannesburg, spoke to Sowetan about her journey.

"The only thing that I knew would achieve this was working in the health profession as a doctor," she said.

Sithole said it was the strength of her humility that allowed her to do work that many would see as mundane for her age.

Her determination to achieve her goal of being a doctor one day kept her going.

Sithole was raised in a family of four by a divorced mother.

"My older siblings had to support us financially because my mother could only find jobs here and there," she said.

This was instrumental in Sithole taking her first job washing dishes for a family on Christmas Eve. She was only 14 years old then.

"There was a lady in my church who worked as a domestic worker. She needed help this one Christmas Eve to wash the dishes. I went and helped her out," she said.

Sithole continued to work for the same family after the woman retired and until she began her job as an intern doctor in January.

"I worked whenever I had time, or when I was free. I would call my employer and tell them that I was available to work," she said.

Her former employer Shirley said that Sithole has always been a loving and hard-working person.

"I am so proud of her and the manner in which she has concluded her studies. We are all looking forward to being able to say we are a friend and the future patients of the amazing Dr Pam," she said.

Sithole said she hoped her story would inspire others who were also faced with the harsh realities of the world.

Mafono Mohlala vowed to never work for anyone in his life and this has come to pass.
Business
4 years ago

Yannick Nzonde only had R6 000 in his pocket when he started his first multi-million-rand business in 2013.
Business
4 years ago
Next Article