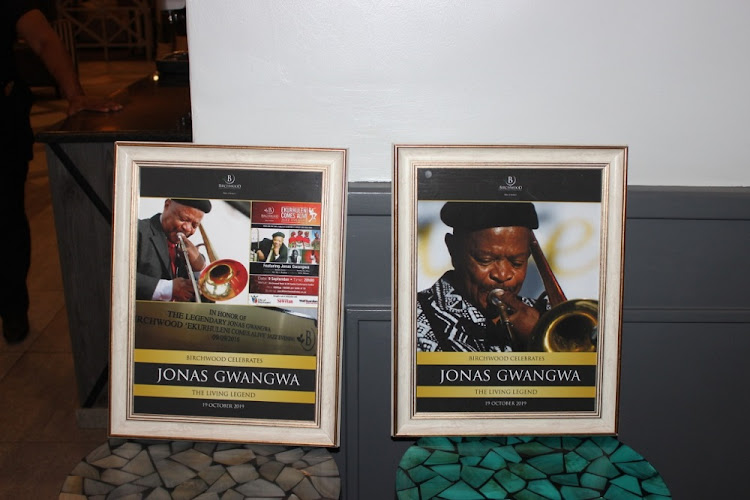 Revered trombonist Jonas Gwangwa could not attend his honorary event and birthday celebration on Saturday at Birchwood Hotel in Boksburg, due to ill-health.

The legend, who has been in and out of hospital lately, was honoured by the South African Afro Music Awards (Saafma) for his role and contribution to the local music industry.

The trumpeter, who turned 82 on October 12, and his family could not be part of the  event as he was  admitted to a hospital for treatment, according to the event organiser China Mpololo.

Some of Gwangwa's birthday presents included a caramel cake, framed photos of him performing at Birchwood and a Saafma award.

Gwangwa’s special evening was attended by members of the music industry and  comprised performances by young and old musicians celebrating him as well as speakers. 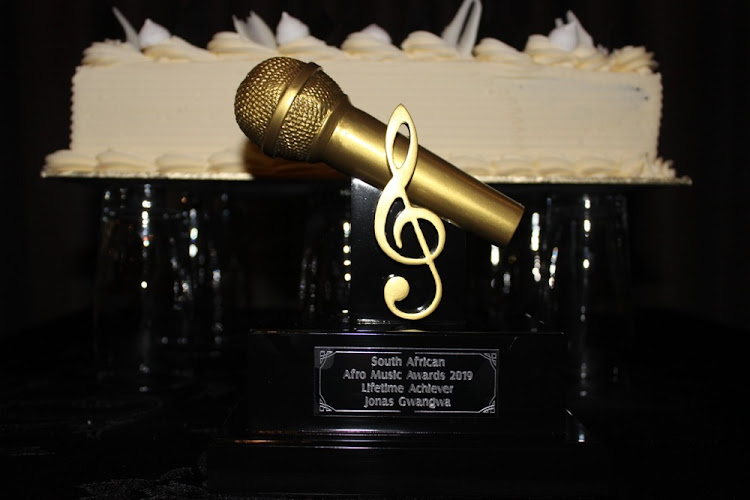 Initially, the even was set to take place at Wits Great Hall in Johannesburg but after careful thought, it was moved to Birchwood Hotel.

Mpololo said: “For us, it would have been nicer if Bra Jonas or family was there but we did understand that he has not been well. When I received a message in the afternoon about him being admitted [to hospital] I hoped that we will have his son Mojalefa joining us.

“The evening went well with speakers and musicians celebrating him. Bra Jonas is one of the people who deserve to be honoured and celebrated. We are happy that it happened and we are still planning another one.”

Gwangwa’s son Mojalefa Gwangwa confirmed to Sowetan that his father had to be admitted for treatment and a follow-up check-up.

He said the treatment took longer than expected and Gwangwa was only released from hospital on Sunday. “He is at home now continuing with his recovery after treatment. Unfortunately we could not be part of the event but I can’t wait to present him with his birthday presents, including the cake.”