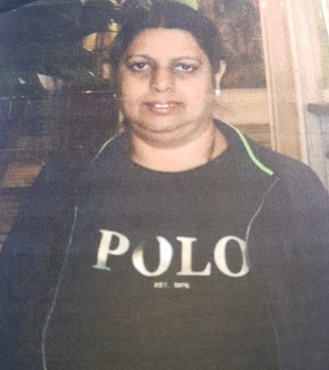 Mpumalanga police said on Monday there was still no sign of Mozambican Guhabali Samzi, who was allegedly kidnapped outside a residential estate.

Brig Leonard Hlathi said Samzi was last seen on October 15. He told  our sister publication TimesLIVE that the family had not received a ransom demand, and there were no leads on her whereabouts.

“It is alleged that on October 15 2019 about 2.30pm, the victim left her residential place, Elawini Lifestyle Estate in Nelspruit, and went to the Crossing Shopping Centre. She was supposed to fetch her child from school later, but did not,” Hlathi said.

“Her husband became worried after he tried to get hold of her with no luck. A case of a missing person was registered at Nelspruit police station as a result.”

Samzi’s car has been found.

“Her car was found at Cairn, in the outskirts of Nelspruit, with the driver’s window smashed. Her belongings were found inside the car,” Hlathi said.

Two people were arrested at the weekend after they allegedly kidnapped a foreign businessman and demanded a ransom for his release.
News
2 years ago

Two men were forced to jump off a bridge after allegedly being kidnapped in KwaZulu-Natal on Sunday.
News
2 years ago

Police learnt through eyewitnesses that Samzi was seen getting into a gold Chevrolet with the registration HCX586MP. 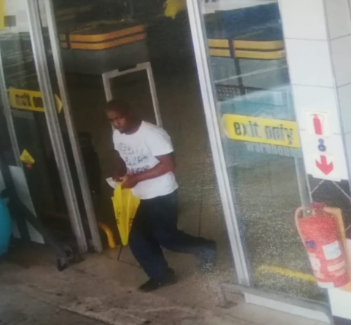 Police believe this man, whose image was captured on a CCTV camera, may be able to help them find Guhabali Samzi.
Image: Supplied/ SAPS

However, when police ran the plates, they found them to be false.

“On the day of her disappearance, the victim was wearing a blue striped blouse and dark blue pants. She has black hair and dark brown eyes,” said Hlathi.

Police have since started circulating a picture of a man they believe could help with the case.

“Police believe the man may be able to shed some light on the matter. An earnest appeal is made for the man to present himself to the investigating officer, or any police station,” said Hlathi.

He would not disclose where the image was captured.