Knowledge with no action will lead to nothing - financial education guru

John Manyike learnt property can be your best and worst investment

Head of financial education at Old Mutual says the best money advice that he didn’t take was to save his pension when he moved jobs back in 2004. 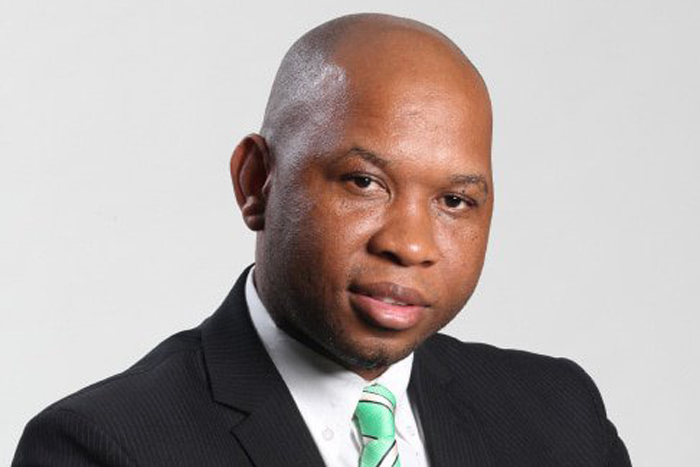 As the head of financial education at Old Mutual, it’s John Manyike’s job to help us manage our money better. He does it with loads of passion and a healthy dose of humility, having learnt from his own mistakes with money.

Speaking to Sowetan as part of our Money Habits series, Manyike describes his relationship with money as “progressive”.

“I’m still learning. As much as I provide commentary on personal finance, money is a very broad subject. You keep learning.

“But it’s not only about having knowledge. It’s about application. If you don’t apply the principles, you won’t get the desired outcome. I keep learning to apply the knowledge,” he says.

It took me years to recover from a bad property investment, and I’m still dealing with it to some extent, but I've learnt that before you invest, you need to do your homework.

Manyike, who has a Bachelor of Administration majoring in industrial psychology and a postgraduate degree in BAdmin, made his first investment about 20 years ago when he bought a bachelor flat which he decided to occupy with two of his friends.

“I used the rent my friends paid me to pay the bond. That’s when I realised it’s easy to make money from property if you derive rental income.

“I sold the flat some years later and made a decent profit. I then bought a two-bedroom property for R200,000 and sold it 12 months later for about half a million. I went on to buy a three-bed apartment and two years later made about R150,000 profit from that property.”

Ironically, property has also been his worst investment.

“In 2007, I invested in a property investment scheme and made the mistake of not doing background checks on the developer, bond originator and property itself. My co-investors and I relied on the banks to do these checks. It turned out to be a nightmare and put me in serious debt.

“It took me years to recover from it, and I’m still dealing with it to some extent, but I learnt that before you invest, you need to do your homework. You can’t focus only on the potential profits. You must interrogate the scheme itself before you dive in.”

Manyike says the best money advice that he didn’t take was to save his pension when he moved jobs back in 2004.

“When I resigned, I was advised not to take my pension. I ignored it and used the money to buy a brand-new car, which depreciates in value.

“Years later I regretted that decision. I should have preserved my pension – it would have put me in a much stronger position in terms of my retirement provision.

“I’ve had to make plans to cover that gap and now I encourage others not to make the same mistake I made.

“Many South Africans are at risk of retiring into poverty because they never saved enough while they were working.”

The son of working-class parents, Manyike says he was never taught how to save.

Best time to brush up on your money management skills - free

“Money was almost a taboo subject [in our home]. I learnt through observation about consumption, consumerism and materialism. But as I grew up, I realised that’s not the best way to do it.

“I wish my late parents had taught me about saving. I don’t think they were savers. That said, my mom was good at planning.

“She was a domestic worker before she took up sewing as an occupation. She knew how to manage money, though she never talked about it. It was amazing how she provided for her children.”

Manyike and his wife have seven children between them – three living with them. In a bid to teach them how to save, they have started incentivising their two youngest to hang on to their “tooth fairy money”. Part of the idea is to teach children that the tooth fairy isn’t real, whereas money is.

“Every time they lose a tooth, we put money into a little plastic money bag and keep adding to it. They get excited to see it growing. Once the money gets to a certain amount, we’ll take them to the bank to deposit it. In December they’ll get to decide what they want to do with it: reinvest or spend it. We want to give them the opportunity to make that decision.”

Manyike says that while he doesn’t have any money worries, he and his wife want to leave an inheritance for their children and grandchildren.

To make sure they do, the couple has life cover in addition to group life benefits. “What we leave for them is mainly a foundation. But if there’s no plan, it won’t help them. So we have a will, too.

A practising Christian, Manyike says he’s not defined by what he owns. “I’m very measured when it comes to spending money,” he says.

“South Africans generally struggle to set a vision supported by a financial plan. If you don’t have a vision, it’s easy to misuse money because you aren’t aiming at anything. People who have a vision are motivated to save towards it.

“Let your budget and income streams talk to the vision you want to achieve.”

Monitoring is key to lock down your spending while in lockdown

If there’s a winning money habit we all need right now in the midst of the coronavirus lockdown  it’s to “monitor, monitor and monitor,” says John Manyike, the head of financial education at Old Mutual.

“From a personal finance perspective, we need to monitor our budgets. If you’ve never budgeted before, now’s the time to start to monitor all expenditure.”

Take airtime and data, for example. “If you’re on contract you can easily end up with a huge bill after lockdown if you aren’t monitoring your usage.

“Monitor food consumption. We eat more when we’re at home.

“Monitor use of electricity and water because they can be costly.

“We also need to monitor our relationships with our creditors. If you know you aren’t going to be able to service your commitments, be proactive. Don’t just sit back.

“Monitor your relationship with your money. Your bank statement is the best place to start to look at your spending. Or download a budgeting tool like 22seven.

“Monitoring is key. We are in uncharted territory, so we have to live by monitoring and making informed decisions based on what is happening.”

He says that while most of us are likely to be benefiting from reduced transport costs because we aren’t going to work, many of us are spending more on food, which we need to watch.

For those who are responsible for members of our extended family, now may be the time to have an open conversation about what you can afford to give.

ALSO in the MONEY HABITS series:

Plan for crisis, don’t wait for it to happen - sage advice from bank executive

When you’re the head of cash investments at a major bank, you had better practice what you preach. For Himal Parbhoo, the chief executive of cash ...
Business
1 year ago

They may perform magic with the ball on the soccer pitch but evidence shows many of our star soccer players lack the basic skills to manage their ...
Business
1 year ago
Next Article