From odd jobs to CEO of digital bank

TymeBank chief Tauriq Keraan opens up about his money habits

Hailing from the neighbourhood of brightly painted houses in one of Cape Town’s most photographed communities, TymeBank's CEO recalls money lessons as complex as the community he grew up in. 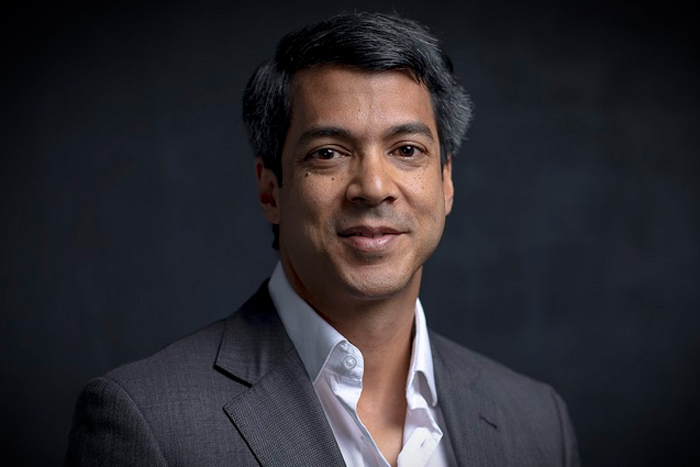 Tauriq Keraan, CEO of TymeBank, knows what it's like to live on limited means. Picture: SUPPLIED

Growing up in the neighbourhood of brightly painted houses in one of Cape Town’s most photographed communities, TymeBank CEO Tauriq Keraan recalls money lessons as complex as the community he grew up in.

Speaking to Money as part of our Money Habits series, Keraan says he came from an average family in the community, but grew up feeling that your financial muscle in Bo-Kaap broadly followed the lines of being on the hill or on the flat land.

“My family lived on the flat land. The area has since been gentrified, but growing up there in the 80s it was a coloured community that wasn’t particularly well off,” Keraan explains.

The youngest of three, Keraan recalls that although money was scarce in the family, the close relationship he had with his parents and older siblings helped fill that gap. His first real money lesson came from his maternal uncle.

“My mother comes from a big family, and her eldest brother worked for Reader’s Digest at the time. He used to give me 20 cents every week as pocket money.”

His uncle’s act of kindness taught him the importance of giving back where you can and to respect money, ultimately giving him the skills to preserve money.

“My uncle didn’t have to give me the money so I respected it. I saved the 20 cents until I had enough to play my favourite arcade game, Rygar, several times in succession at the community spaza shop,” Keraan remembers fondly.

One of the first families to sell their home in the Bo-Kaap and move to the Cape Flats, Keraan remembers that although things were tight financially, his parents always put education first. He managed to complete high school and go to the University of Cape Town despite some uncertainty about whether he would finish his education.

“My father was retrenched from his job as I was completing high school, getting ready to go into university. He was 50 years old at the time and was not able to find meaningful work at the time. However, he still woke up every morning and did various odd jobs to meet the family’s needs,” Keraan says.

This experience taught him about determination, perseverance and an honest day’s work, helping Keraan to sustain himself doing odd jobs while attending university.

During his studies he found a scholarship programme that allowed him to convert his undergraduate chemistry degree to one in engineering. It would also cover a masters dissertation as well as pay him a R2,000 stipend.

“I was already married then. My wife and I lived in a room in someone’s house. I would send R1,000 of that money to my parents and my wife and I would live on the rest,” Keraan says.

He adds that although it was tough financially, he was driven by passion and determined to use the opportunities presented to him to improve his life. Focusing on his studies, work and young family, Keraan says he was able to avoid negative peer pressure and was also lucky enough to have a responsible wife who showed him how to use credit to his favour early on in their relationship.

“She encouraged me to build a credit history by opening a clothing account I could afford. She was very diligent in making sure it got paid. This helped us to rent a place and then eventually buy our own home,” Keraan says proudly.

He regards buying the house and not splurging on cars as his best investment decision.

“I still drive a 10-year-old, 1.3L Toyota - it has taken me a long way and still has life in it. My investment in TymeBank is also an important investment to me,” he says.

He admits he made some money mistakes and one of his worst was leaving cash in low interest-bearing accounts for too long and cashing out his pension earlier in his career - lessons he hopes his children can learn from him.

Although he says his children are not yet old enough to understand complex financial concepts, he and his wife do look for ways to start teaching them about money, despite their very different money personalities.

“My son is a spender while my daughter is a lot more measured. We try to teach them to watch their expenditure, prepare for shocks and save for goals,” Keraan says.

Promoted from deputy CEO to CEO of TymeBank last year, Keraan has played a key role in the digital bank’s development since its inception in 2012.

Keraan says he sees the staffing pyramid upside down as he is the support to staff driving financial inclusion in South Africa by developing and upskilling them through solid team work.

TymeBank is majority owned by African Rainbow Capital, a company within business mogul Patrice Motsepe’s Ubuntu-Botho Investments as the parent company, making it SA’s first majority black-owned bank. Ubuntu-Botho Investments is made up of more than 600 individual black shareholders and various church, trade union, youth and community groups and they have benefitted commercially as shareholders for 15 years.

“Our value proposition within the savings goal is to get people committed to what they put away and not be tempted to tap into their savings. We aim to empower people to reach their full financial potential,” he says.

Although Keraan counts himself as a simple man looking to improve people’s financial wellbeing, he does make some room to spoil himself once in a while.

“I really enjoy travelling as it allows me to immerse myself in different cultures. I also collect vintage watches which is actually not the expensive hobby people might assume it to be,” he says.

Going into the new year Keraan says he wants to continue being part of the team at TymeBank improving the lives of ordinary South Africans through their product.. He also plans to work on his own financial well-being and transfer positive lessons to his children.

How bank executive learnt the hard way about budgeting

Thandi Ngwane had to learn early in her life to overcome financial constraints, a valuable money lesson that would help her understand the value of ...
Business
1 year ago

Yalu CEO on bettering lives and leaving a lasting legacy

Having goals, working hard, and exercising perseverance have been guiding principles in how Yalu's CEO Nkazi Sokhulu manages money.
Business
1 year ago

Ashburton CIO had to stretch resources on way to the top

Understanding that money is a useful but finite asset that requires considered decision-making has been one of Ashburton Investments CIO Nkareng ...
Business
1 year ago
Next Article