Now is not the time to exit your portfolio, investors told as Covid-19 wreaks market havoc

SA investors received a stern warning to stay invested following a sharp selloff on global markets and life as we know it changed in response to the coronavirus pandemic. 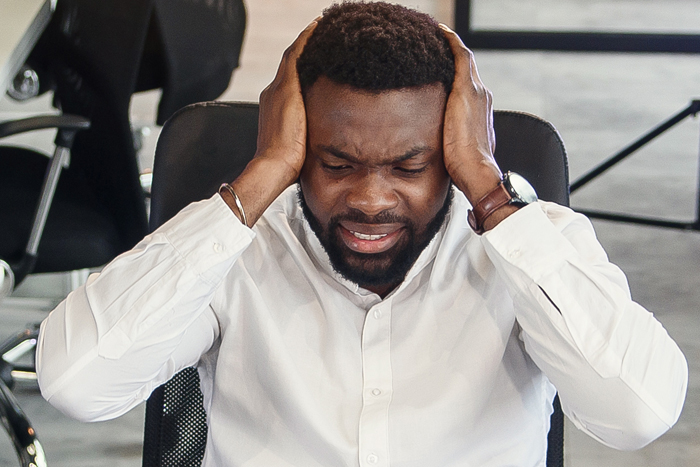 Asset managers have called for calm after news about the economic impact of the lockdowns needed to contain the coronavirus hammered financial markets. Picture: 123RF/GORYNVD

Investors, now is the worst time to exit your portfolio. This is the clear message from the Association for Savings and Investment SA (Asisa) after global markets took a massive dive and life as we know it changed in response to the coronavirus pandemic.

Crashes are common, but so are recoveries, and despite Covid-19, fear-driven decisions will not deliver the outcomes you’re hoping for, financial experts warn.

“We should expect a market crash every six years,” says Wynand Gouws, a certified financial planner at Gradidge Mahura, in a newsletter to clients.

A market crash or bear market is defined as a market correction where the market falls by more than 20% from its previous high, Gouws says. The biggest stock market in the world, the US, has experienced 16 bear markets since 1926, averaging one bear market or correction every six years. “The average of these market losses has been 39%,” he says.

When markets crash and bad news is the order of the day, it’s natural for investors to panic. While you may feel like you desperately need to do something about moving your investments out of the market to stop the losses, it is often the worst thing to do.

If you switch out of your unit trust portfolios now you effectively materialise what have been paper losses thus far, Leon Campher, CEO of the Association for Savings and Investment SA (Asisa), says.

This is the first time that a new generation of unit trust investors are experiencing extreme market volatility, he says, considering that the last significant market crash was 11 years ago.

It’s time in the market that gets you the returns you want and not timing the market, Campher says.

The most important aspect of investing is sticking to your own long-term financial plan and to keep on investing.

Campher says in a media release that the pain felt by many investors who have seen the value of their investments decline in recent weeks is likely to be compounded by the emotional stress presented by the Covid-19 pandemic.

However, emotional reactions rarely lead to prudent investment decisions. “Just as Wall Street halts trading for 15 minutes to force traders to catch their breath and consider their investment decisions, when indices drop by more than 7%, individual investors should reflect on the situation before taking decisions,” Campher says.

Any decisions at this time should preferably be made with the help of a qualified financial adviser, he says.

“The market volatility has been extreme and the roller-coaster ride may continue for some time, but if you switch out of your unit trust portfolios now, you effectively materialise what have been paper losses thus far,” he says.

In a newsletter to investors, Satrix says that more money is lost by investors switching out of funds than by the markets themselves when prices fall. “This is because more often than not investors sell out of a fund at the wrong time and then miss out on the subsequent recovery in prices. The most important aspect of investing is sticking to your own long-term financial plan and to keep on investing.”

After the storm, the high

While volatility is part and parcel of investing in unit trust portfolios that hold shares, Campher says you must remember that financial markets have historically not only recovered their losses after every crash, but have also reached new highs. The 2008 financial crisis presents some good lessons for investors who are considering switching out of their unit trust portfolios into cash, he says.

Campher says as a result, most individual investors did not participate in the 37.5% growth achieved by the FTSE/JSE All Share index (Alsi) from its lows in early March 2009 to the end of September 2009. “Not only did these investors lock in their losses when they switched out of unit trust portfolios with equity exposure in the panic that ensued in the last quarter of 2008, but they also missed out on the recovery and the additional growth.”

Gradidge Mahura’s Gouws says there is lots of research proving how investors get it wrong when they try to move out of a falling market and back in later.

Vanguard, one of the world’s largest asset managers, concluded from its research that even moving out of the market for a few days reduces your probability of being able to earn a return better than a benchmark that tracks the market to below 50%. Your chances reduce rapidly from there the more days you are out the market.

Gouws says investors should adhere to the following principles in times such as these:

• Stick to your plan

Your financial plan should be developed to consider your personal objectives and your risk profile. It’s important to review your plan to ensure this still aligns to your objectives.

However, be wary of changing your “money personality” due to the noise and the crisis.

Your risk profile — the risk you should and can afford to take to meet your goals — should remain intact during both bull and bear markets.

• Let the professional money managers do their job

The investment managers will align the underlying portfolio to the current market conditions and increase or decrease the equity exposure within the parameters of their mandates to manage your portfolio and risk on your behalf.

• Now is the time to be frugal

'The coronavirus is making my investments lose money!'

The chaos on financial markets are causing concern about pension funds and other investments as some people are fast approaching retirement.
Business
2 years ago

The 10 countries with more than 90% of all coronavirus infections to date have contributed well above 50% to the world’s GDP, putting the world at ...
Business
2 years ago

There are many safe and sound ways to grow small amounts of money over time.
Business
3 years ago
Next Article