Footballers must consider what they do as a job, because it is a job

They may perform magic with the ball on the soccer pitch but evidence shows many of our star soccer players lack the basic skills to manage their money. 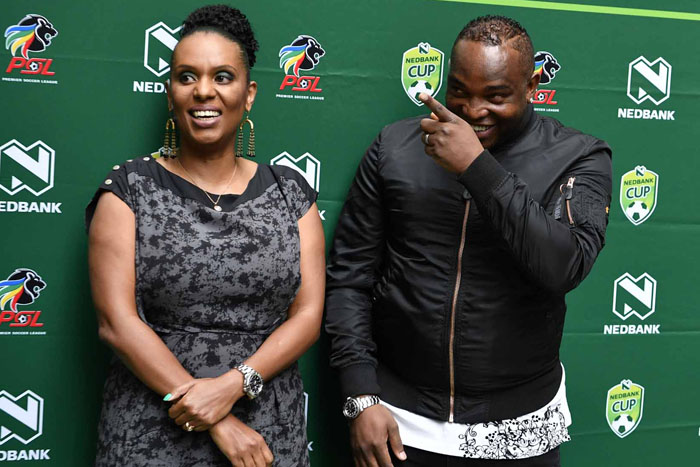 They may perform magic with the ball on the soccer pitch but evidence shows many of our star soccer players lack the basic skills to manage their money and stay on track financially.

As the playing careers of many of our stars come to an end, so do the good rewards for scoring on the field. They find themselves accustomed to an expensive lifestyle they wrongly assumed they could support forever.

Bafana Bafana striker Benni McCarthy, recently appointed as ambassador of Nedbank’s retail banking campaign, revealed recently that learning to work with money is a skill he had to learn fast, and from the right people, when he entered the big-earner league.

“I was a young player from a very underprivileged background and overnight went from handling between ten and twenty rands to handling millions,” McCarthy says. “I realised that the people who suddenly felt they could advise me about my finances, hadn’t done it for themselves. I decided to be more sensible about my money, so that my family could benefit after my playing career comes to an end.”

McCarthy was speaking at Nedbank’s Football and Finance Summit in Sandton last week. The aim of the summit was to share knowledge on topics in football and finance, including developing good money habits.

“When we launched the Money Secrets campaign across the country last year, we found that South Africans struggle to talk about money, which is reflected in the fact that a third of people spend more than they earn and over 10 million people have bad debt,” Khensani Nobanda, Nedbank’s group executive for Marketing and Corporate Affairs, says.

Nobanda says through the Nedbank Cup they realised that footballers too face tough financial challenges.

Unfortunately, a lot of players fall into the brag trap, chopping and changing cars to flash on Instagram, Ronwen Williams, SuperSport United and Bafana goalkeeper, says.

“As a result, I’ve seen players I look up to going through financial difficulties, [all] because of unwise decisions. I was fortunate to have had people who promoted smart financial decisions,” he says.

You have a very short career, spanning around 10 to 15 years if you're lucky. That's not a long time to build a balance sheet or a strong investment portfolio so you need to aggressively take advantage of your heyday years when you are young, playing well and earning a lot of cash.

Kaizer Chiefs legend and financial adviser Absalom ‘Scara’ Thindwa says when he played back in the day there wasn’t much money in soccer and sees it as a blessing as it forced him to manage his money cautiously.

“I lost my parents at a young age and was responsible for taking care of my three siblings. So I was always looking for ways to stretch my money, not spend it. I quickly learnt that I needed to find other income streams and remain disciplined with what I have even as it grows,” he recalls.

Amanda Dlamini, former Banyana Banyana midfielder and now TV analyst for SuperSport, says although football wasn’t as lucrative for women as the men’s game, women players too have to sharpen their money management skills as women’s football started to attract more funds.

She says women players can also get trapped by the excitement of new money from endorsements and bigger salaries, and must thus be committed to ensure they save and invest their money wisely.

Owen Nkomo, chief executive officer of Inkunzi Wealth Group, says soccer players must consider what they do as a job, because it is a job. “Like anyone else out there who has a job or income, you need some financial planning," he says.

Nkomo says the best money habit you can adopt as a player is to find a financial planner from the word go once you start playing football professionally.

He suggests you empower yourself by understanding how savings, investments and tax work and how to be consistent in seeing through a plan especially developed for you.

"You have a very short career, which spans around 10 to 15 years if you are lucky. That's not a long time to build a balance sheet or a strong investment portfolio so you need to aggressively take advantage of your heyday years when you are young, playing well and earning a lot of cash."

He says some footballers like to start a business, so it would be wise to seek advice from someone already in business. “For instance some people lose a lot of money in franchising because it is built to look glossy but is not," he says

Nkomo cautions against buying expensive spirits like Johnnie Walker Blue for R4,000 every month but then only investing R500 a month. He says the magic is in consistently putting money away.

If you earn R300,000 a month, don’t live a R300,000 lifestyle, but maintain a lifestyle that reflects the understanding that you will have to transition out of playing.

“You must have a retirement plan, be invested in, for example, unit trusts and have investment exposure in South Africa and outside the country,” he says.

Retired midfielder Daine Klate emphasises the importance of players adopting a modest lifestyle off the pitch, even if you see your salary grow from a few thousand rand a month to hundreds of thousands overnight.

He says the ordinary citizen can retire at 65, but a footballer’s career at the peak lasts only up to 15 years and can easily be cut short. “If you earn R300,000 a month, don’t live a R300,000 lifestyle, but maintain a lifestyle that reflects the understanding that you will have to transition out of playing, which can be very difficult, and even more so if you aren’t prepared,” he advises.

Glyn Binkin, a player agent, says he advises players to see themselves as a business, seeking opportunities that go beyond the field, a sentiment echoed by Bloemfontein Celtics veteran Thabo Nthethe, who shared his lessons from starting a business while still actively playing.

Everything is not alright - not if we are honest about the finances of the country and in our households.
Business
2 years ago

There is an increasing array of simple, low-cost ways to save with low or no minimum investment requirements, and no penalties for withdrawing funds ...
Business
2 years ago

We often think our money problems stem from a lack of money, but the reality is if we managed our money better, we would be able to use it to grow ...
Business
2 years ago
Next Article