The National Credit Act allows for a credit provider to temporarily increase your credit limit in response to a request from you, and it seems it doesn't have to be verbally. 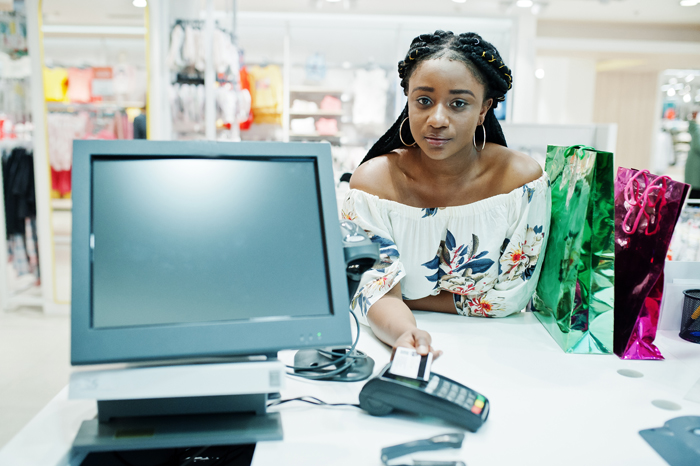 You could be consenting to more credit if you present your card when you have exceeded your limit. Picture: 123RF/ANDRII SHEVCHUK

What happens when you exceed the credit limit on your store card? Are your purchases declined at the point of sale, or do they just go through?

A reader complained to Sowetan Money that she had unwittingly exceeded the credit limit on her Woolworths account by R1,500 – and nothing stopped her from doing so.

“I don't understand how Woolworths allows for this [to happen]. Please can you explain this to me?”

The consumer has emailed Woolworths asking for an explanation and a copy of her credit agreement but has not had a response.

Sowetan Money made repeated attempts to get Woolworths Financial Services to comment, but to no avail.

In the case of our reader, she did not expressly ask for her limit to be increased.

The increase of a credit limit may well result in the consumer becoming over-indebted and thus be regarded as extending reckless credit.

“As far as I can see, the NCA does not state the form that a consumer’s ‘request’ must take, but I assume Woolworths would argue that the consumer requested the limit increase by offering her account card to the cashier at the point of sale when purchasing the goods.

“Consequently, I think that Woolworths increasing the consumer’s credit limit is not unlawful on the face of it,” she says.

“However, the increase of a credit limit may well result in the consumer becoming over-indebted and thus be regarded as extending reckless credit. It is for this reason that I would argue that a credit provider should at least inform the consumer that they are about to exceed their credit limit. This could easily be done by the cashier at point of sale,” Lewis says.

One of the purposes of the NCA is to promote “responsibility in the credit market” by encouraging responsible borrowing, avoidance of over-indebtedness and discouraging reckless credit granting by credit providers, she says.

Regarding the “overdue fee” that is being imposed, if it’s in the form of an increase in the interest rate, such as penalty interest, then this would be permissible under the NCA as long as the credit agreement provides that the consumer will be charged penalty interest on any amount in excess of the credit limit, and as long as the penalty rate does not exceed the maximum rate under the NCA (repo rate + 14% a year), Lewis says.

“However, if the penalty is in the form of a set fee similar to a service fee, then I think that this may be a prohibited charge in terms of sections 100 and 101 of the NCA.”

Money was not able to establish if the fee was a set fee.

Avitha Nofal, a senior legal adviser in the office of the Credit Ombudsman, says the NCA provides for a credit provider to increase a credit limit unilaterally, but only if at the time of applying for the credit facility or at a later time, the consumer requested the option of an automatic credit limit increase.

She says consumers must be aware of what their credit agreement says, and the costs of the credit being extended to them.

The cost of education will continue to increase, and affordability and financial management should be the guide parents use when deciding on a ...
Business
3 years ago

Not all credit is equal.
Business
3 years ago

Reckless lending is in the news again.
Business
3 years ago
Next Article