Qalinge plans for life after the Buccaneers 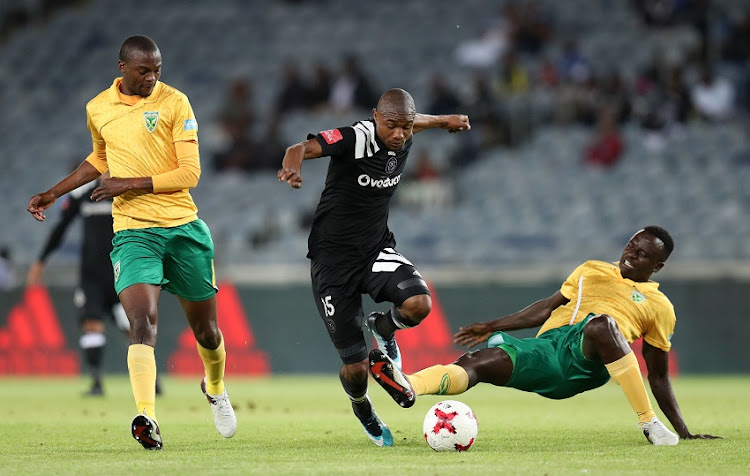 In the wake of his rather unceremonious departure from Orlando Pirates, winger and fan favourite Thabo Qalinge sounded disappointed.

Qalinge is a free agent after Pirates released him last week, ending his five-year stay at the Soweto powerhouse. The lad from Mofolo, Soweto had joined Pirates from the now-defunct Mpumalanga Black Aces in 2015.

"I'm not in a state to speak, I'm just sorting out my things behind the scenes. In the next three or four weeks, that's when you will hear who I have joined. Then you can talk to me. At this stage I have nothing to say," said Qalinge.

Qalinge, who played 79 games and scored six goals in all competitions for the Buccaneers, has been linked with Pirates' arch rivals Kaizer Chiefs.

Before warning that he doesn't entertain speculation, Chiefs spokesperson Vina Maphosa emphasised he was unaware of talks linking Qalinge to the Soweto Glamour Boys.

So far Chiefs haven't been that busy in the transfer market, signing only two players in Zambian marksman Lazarous Kambole (from his native side Zesco United) and Ghanaian midfielder James Kotei (formerly of Tanzanian giants Simba).

Perhaps indirectly not ruling out Qalinge's arrival, Maphosa didn't hide the fact that Chiefs were not done signing players ahead of the new campaign.

"No, we can never be done. How can we be done? At Chiefs we look and assess the market continuously, not only during the window period or in July," said Maphosa.

Interestingly, before Qalinge linked up with Bucs from Aces, Chiefs were also vying for his signature.

Amakhosi manager Bobby Motaung, who is more familiar with the club's negotiations in the transfer market, couldn't be reached for comment.