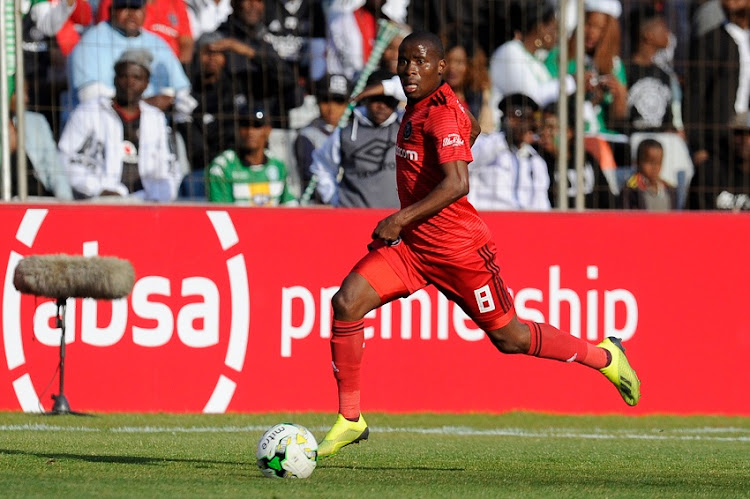 Plans were in the works to keep long-serving Thabo Matlaba at Orlando Pirates beyond his playing days and club chairman Irvin Khoza admitted that he was sad to see the idea go up in smoke after the player's departure a few days ago.

The 31-year-old Matlaba parted ways with Pirates after refusing to take a pay cut.

Khoza described the player's departure as “a sad loss”.

“It’s unfortunate that Matlaba had to leave‚” said Khoza.

“As our former captain and a responsible captain for that matter‚ we wanted to keep him.

“We asked him to go and make his consideration on his package but he came back with a proposal that indicated he could not see himself reducing his package and he wanted his clearance.”

Matlaba spent seven full seasons at Pirates after joining them from Free State Stars in 2012.

He went on to play 195 games for Bucs‚ scoring 13 goals as a roving left back/wing back.

The former Bafana Bafana international was in the Bucs team that lost in the final of the Caf Champions League against Al Ahly in 2013‚ and in the Confederation Cup final in 2015.

Matlaba‚ who at one stage captained Pirates‚ was part of the last Bucs team to lift a trophy in 2014 when they beat Bidvest Wits 3-1 in the Nedbank Cup final in Durban.

Matlaba is yet to disclose his next destination.

Khoza said players must look at the bigger picture sometimes before making their demands that impact on their future.

“May I add that Mata‚ at Man United‚ because of the same situation‚ was asked to consider and I think he changed his package by less than 45 000 pounds because he understands the reality of football‚” he said.

“So we tried to make that easy for Matlaba because we’re investing on what we will get out of him‚ the goodness in him.

“There are so many qualities in him as a leader that we yearned to have kept in the team.

"But unfortunately because of his circumstances‚ which are understood‚ that he needed to go elsewhere maybe to maintain the same kind of a salary structure.

“We had to wish him well even though we wanted to keep him.

"Ours was a package that was all encompassing that ‘even when you finished playing but this must happen to you’.

“Unfortunately it was his choice.