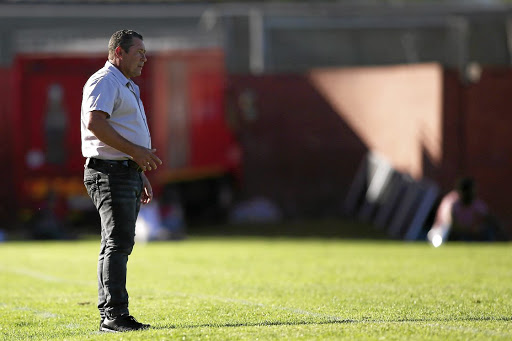 Stellenbosch FC are raring to go ahead of their debut season in the lucrative Absa Premiership.

The Western Cape club qualified for the top-flight of SA football after they won the National First Division.

The players reported for their preseason camp this week before the season officially kicks off in a few weeks' time.

With the Premier Soccer League having confirmed the opening round of fixtures, Stellies kickoff their campaign against Chippa United at the Coetzenburg Stadium on August 3.

Stellies coach Steve Barker says his team is looking forward to life in the big league.

"As you can imagine the players are very excited about the new season, but there is also a level of focus and determination in view of the challenge that lies ahead," Barker said. "Spirits are high, but we are not going to fool ourselves and get carried away. A lot of work lies ahead for us."

The 51-year-old Barker has some experience of leading a club to promotion. In 2012, he guided AmaTuks to the premiership and he has now done it again with Stellies.

"The premier league is a different kettle of fish that's without doubt. It does help that I have been down this road before," he said.

"We have to get the mentality right and get the players to a level where we will be competitive. But I am confident that we will do well."

Barker was handed a four-year contract extension earlier in May after they were crowned NFD champions.

The club has some of the best facilities at their base at the Stellenbosch Sports Science Institute.