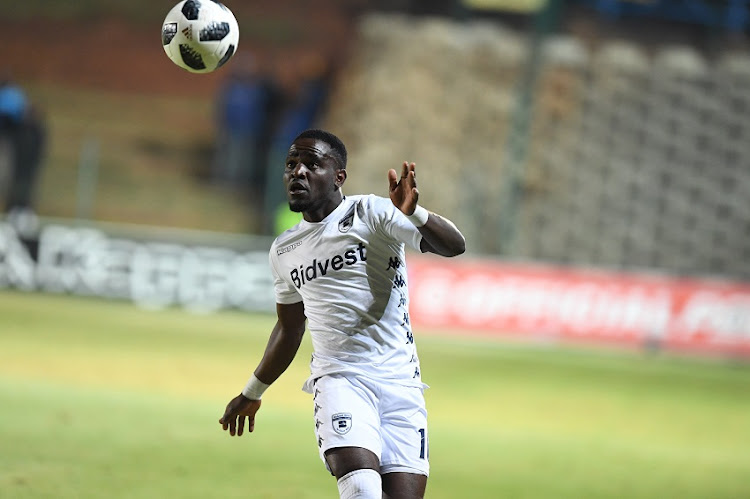 Orlando Pirates have made their intentions clear for the coming season with the signing of Malawi attacking midfielder Gabadinho Mhango from Bidvest Wits on Wednesday.

The Malawian’s capture brings to eight the number of new recruits for Pirates as they bid to go better than the runners-up finishes of the past two consecutive seasons.

The Soweto giants said the 26-year-old midfielder with an eye for goal would undergo a medical on Thursday before joining up with his new team-mates for the afternoon training session.

“Orlando Pirates Football Club would like to thank Wits’ management for the professional manner that these negotiations were conducted‚” Pirates said in a statement.

Pirates have been very busy in the transfer market and Tshegofatso Mabasa‚ Kabelo Dlamini‚ Bongani Sam (all from Bloemfonteion Celtic)‚ Fortune Makaringe and Siphesihle Ndlovu (Maritzburg United) and Tebogo Tlolane (Chippa United) were unveiled this week along with French goalkeeper Joris Delle.

BREAKING: Premiership champions to walk away with R15-million after PSL increases prize money

The domestic premiership champions will walk away with a hefty R15 million cheque next season after the Premier Soccer League (PSL) increased the ...
Sport
1 year ago

The Buccaneers assembled for pre-season on Monday and will open their Premiership season with a home clash against Bloemfontein Celtic on Saturday August 3 at Orlando Stadium in Soweto.

While Pirates bring new players on board to bolster their squad for the next season‚ they have also shown several others the exit door.