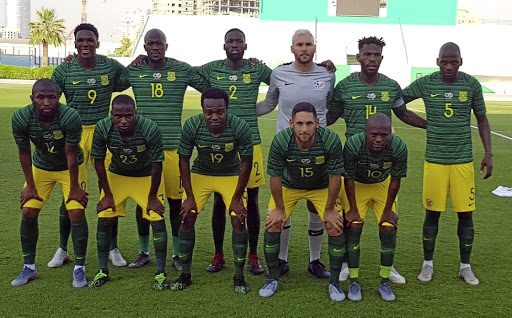 Bafana Bafana players will have a point to prove at the Afcon in Egypt.
Image: Safa

From being champions over two decades ago to being the laughing stock, this is Bafana Bafana's Africa Cup of Nations (Afcon) story.

When Bafana take to the field against Ivory Coast at Al Salam Stadium in Cairo tomorrow (4.30pm), it will be an opportunity to redeem themselves on the continent.

In the Afcon, Bafana's rise and fall is well-documented. After the country was readmitted to international football in 1992, Bafana won the tournament by beating Tunisia 2-0 on home soil just four years later.

When they reached the final again in 1998 and lost 2-0 to Egypt in Burkina Faso, it still represented a high, because in a short space of time they showed the continent, and the world, that South Africa could compete by also qualifying for the Fifa World Cup that was hosted by France the same year.

Bafana raised the bar then, but have failed to keep up and at times have failed to qualify for the Afcon, despite having arguably the best league in Africa.

Bafana will be under the spotlight to see what they can offer this time in North Africa, where Egypt are playing hosts.

Bafana coach Stuart Baxter admitted recently that calling his charges one of the favourites would be "ridiculous" because there are simply better teams, but in the same breath assured the nation that they are not in Egypt to add to the numbers.

The players, during their respective interviews, have also expressed confidence that they can rise to the occasion despite being in what is a group of death, with Morocco and Namibia also in the mix.

But, as they say, talk is cheap and the Elephants lie in wait ahead of tomorrow's clash.

Bafana, for the record, have never lost to Ivory Coast, with two wins and four draws in six previous meetings.