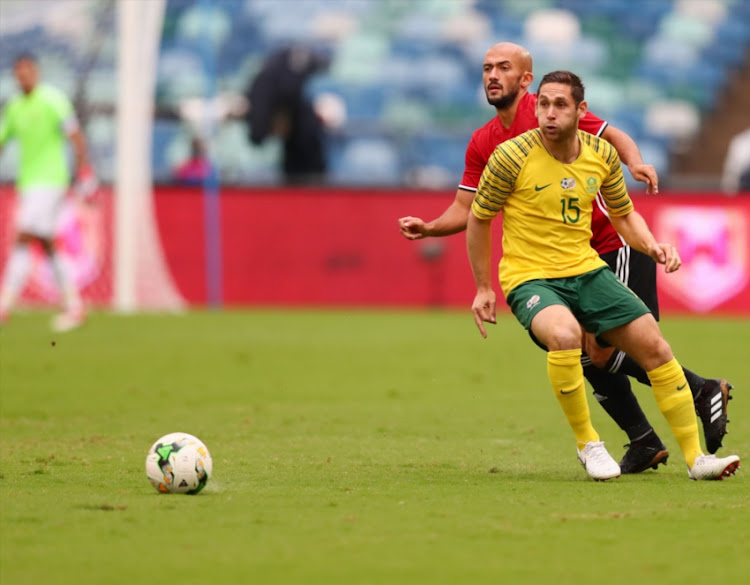 Bafana Bafana should prioritise results over attractive football‚ midfielder Dean Furman has said ahead of the national team's 2019 Africa Cup of Nations kickoff against Ivory Coast at Cairo's Al Salam Stadium on Monday.

Furman was part of South Africa's 2015 Cup of Nations finals squad who went out in the first round having been drawn in a group of death in that year's tournament in Equatorial Guinea.

In 2015‚ South Africa held the lead in all three of their group games‚ but could not get a victory in any of them‚ losing 3-1 against Algeria‚ drawing 1-1 against Senegal and losing 2-1 against Ghana.

Furman said‚ while attractive football and results are not necessarily mutually exclusive‚ SA should put an emphasis on the latter at Egypt 2019.

“We don't want the plaudits of playing nice football‚ we've had enough of that‚” the midfielder said.

“I look back at Equatorial Guinea and how we played Algeria off the park for 75 minutes‚ but we came away with nothing. So we don't necessarily just want the plaudits for being this nice team who play some nice football. That's not enough. We want success.

“And success means results‚ so we have to find the balance between playing the fantastic brand of football that we know we can play‚ and getting results. That's what's really important now. We're at a tournament‚ there's a great opportunity to progress to the latter stages. And that's our first target - we want to get out of the group. We don't want to talk any further about more targets.”

“So we have to find that balance between being a good team and playing nicely‚ and actually being successful and winning games and getting the points to progress. And that's going to be key to our tournament and how we approach it.”

South Africa follow up their Group D opening game against Ivory Coast with their second fixture against Namibia on Friday‚ then meet Morocco on Monday‚ July 1. All their group games are at Al Salam Stadium.