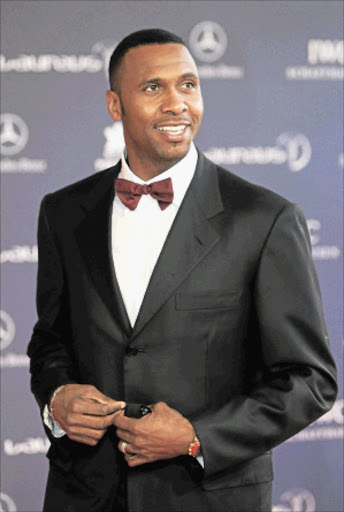 While a number of football stars of his generation struggle to maintain their luxurious lifestyles after football, legendary Bafana Bafana skipper Lucas "Rhoo" Radebe is a special case, thanks to his marketability.

On Thursday, Radebe was announced as new ambassador for Jawitz Properties, one of the leading real estate agencies in the country.

The acclaimed ex-Kaizer Chiefs defender who earned his place in the history books by becoming the first SA player to captain an English Premiership club when he led Leeds United in 1998, is also endorsed by big corporates such as sports apparel manufacturer Adidas, Selati Sugar, Tsogo Sun Hotels and whisky giants Chivas Regal, among others.

Radebe implied the main factor big companies find it easy to partner with him was that he lived a clean life during the pinnacle of his football career, advising current players to maintain a good reputation.

"The most important thing is to start thinking ahead while you're still playing. Most footballers don't have a great reputation because of the things they do in their heyday. When I was still playing, I was never in newspapers for the wrong reasons," said Radebe.

'Don't allow Nigerians to bully us'

Play the ball, not the man, warns Radebe
Sport
2 years ago

"These big brands don't just collaborate with anyone. Such endorsements can also grow your brand as an individual. It's all about quality, loyalty and credibility," noted the retired centre-back.

Radebe also revealed there were other big companies who are interested to bring him on board on an ambassadorship role.

However, the Soweto-born legend indicated he only works with brands who shares similar principles with him.

"We must represent ordinary people who make us who we are. I only work with brands who have great values.

"Look at Chivas Regal, their motto is 'success tastes better shared' which is something that resonates with me," said Radebe.