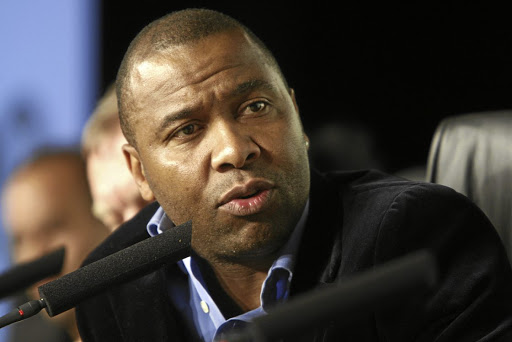 Lucas Radebe aims to take over as Safa head in 2023.
Image: ANTONIO MUCHAVE

After being disqualified from contesting for presidency in the recent SA Football Association (Safa) elections, former Bafana Bafana captain Lucas Radebe is optimistic that by the next elective conference -in five years time - he'll be well-equipped to challenge incumbent Danny Jordaan for the top position at Safa House.

More than a week ago Jordaan was resoundingly re-elected for the second term by a 95.12 percent margin.

Radebe wanted to run this year but the retired skipper later pulled out after it emerged that in order to stand for the local football association's elections, you need to have served in the Safa regions, the regional executive committees or in the federation's associate member structures.

"At moment I am dealing with the matter of trying to get affiliated to Safa structures. In the next few years, we must know how to get into that level [of being the president] but I am still trying to learn some things and get myself ready, said Radebe on the sidelines of Selati Cup in Mpumalanga's KwaMhlushwa Stadium, at the weekend.

"We need to move forward. We need new ideas. The better solution for the future of our football is to rope in former players in Safa structures. I don't see why I should give up on becoming the next president. Our age group, especially the 1996 team [who won the Africa Cup of Nations] must play a role in those structures."

Radebe is the ambassador of the Selati Cup - an annual grassroots soccer tournament that is contested by Mpumalanga amateur teams. Boschfontein FC from Ehlanzeni region were crowned this year's champions after beating Mbombela-based Naas Academy.