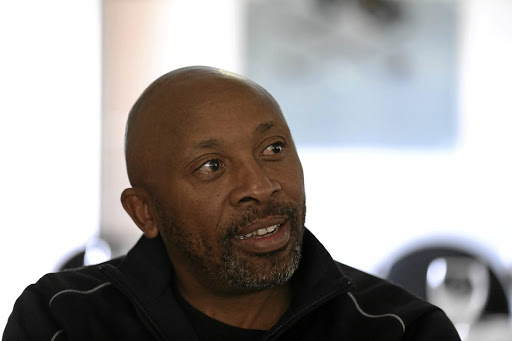 Rams Mabote talks about the need to groom boys to become useful citizens. He has started a project he calls Future Kings whose aim is to help the boy child.
Image: Thulani Mbele

Three years ago, Rams Mabote read a story of an ex-convict in the Sunday Times detailing how the young man had served time for raping and abusing his girlfriend.

The story, published as part of the 16 Days of Activism Against Women and Child Abuse set Mabote, a businessman, on a new path.

During the interview with the Sunday Times, the young man was asked whether doing crime had anything to do with the absence of role models in his life.

He responded that role models were there, but the problem was that he and the youth of his age from the townships had no contact with the people they see as their role models.

It was these words that spurred Mabote into action, forcing him to quit his other business ventures to help prevent other boys from becoming convicts and abusive.

"Until that day I realised I was not a role model. I am just the guy who is achieving something for himself and nothing else," he said.

The article gave birth to Future Kings, an initiative he runs to help teenage boys.

In pursuit of making an impact on boys, Mabote brought together famous people such as former Bafana Bafana captain Lucas Radebe to play soccer with township boys once a month.

The boys always won by a big margin, and would spend time with their childhood heroes. But he could not sustain this approach because it was costly. In 2017, he invited nine women he knew were single mothers of the teenage boys, and asked if he could mentor their sons.

Society plagued by drug-induced, gruesome crimes by young boys on teenage girls an onslaught from devil.
Opinion
3 years ago

Mabote met these boys every fortnight for the whole year, spending the whole day with them. He also took them to camps.

"We spoke about everything - from soccer to sin. What was interesting is that I thought I was mentoring these boys, but what happened is that these boys changed me.

"I went through a huge emotional journey. At the end of 2017, after spending a year with these boys, I actually found my purpose.

"It was at that point that I decided to drop everything that I did, and made this my full-time profession. I decided that I would make this a national programme, and reach as many boys as I could.

"I felt that I had done many things. I have made money, I have lost it.

"This is how I wanted to be remembered. If I could change one boy and save him from trouble, I would be happy," Mabote said.

Through Future Kings, he visits schools and speaks to teenage boys whom he then links with mentors. He also conducts camps for the boys for intense training to unlearn what society has taught about being a man.

In one of his visits at a school in Soweto, Mabote was shocked by how bad things had become.

"Teachers told me that they just caught four boys selling drugs in the school yard. They also told me that 12 girls are pregnant at the school. They said there is a shack behind the school where school kids actually have sex," he said.

At the heart of Future Kings is the desire to deal with how men have been raised.

Mabote said boys need to hear stories that being poor was not the reason to fail, and that many people who are successful today have struggled in the past. 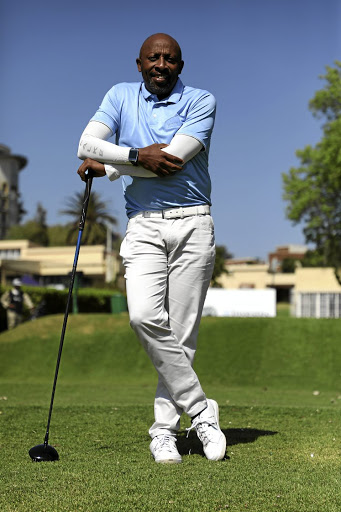 He wants to create 12 camps a year to be attended by the boys from the schools he has visited. He has reached 2500 boys. He wants the programme to reach 100 000 boys every year. Miway had agreed to fund his camp this month. He needs more funding.

Most of the support for Future Kings, however, comes from women.

Future Kings wants to deal with a man's ego.

"I truly believe that men do what they do, the good and the bad, mostly the bad, because of the ego. You fight with the guy who cuts in front of you in traffic because of your ego.

"When somebody mocks you because your football team has lost, you want to get into a fight. But you are only a fan of this team," he said.

He wants to leave each school with at least 20 boys who can be linked to a mentor for a year.

"We are developing the model. We are going to make it a curriculum so that all the mentors are doing the same thing."

Future Kings also links boys with institutions that can help them overcome drug problems, and to achieve academically.

Can you recall what a lecturer from the University of Cape Town is alleged to have said about wanting to rape his own daughter? He alleged he saw ...
Opinion
3 years ago

Born in Dobsonville, Soweto, Mabote did all his schooling in the township.

He matriculated in 1988 but could not start his tertiary education until the following year due to a shortage of funds.

He only got to a tertiary institution in 1990 after his mother had secured the R1685 registration fee to study journalism at the then Natal Technikon.

All that Mabote's family could afford was the fare to take him to Durban.

At 20, Mabote paid his registration fee as planned, and then asked the institution's employee where he would stay. The employee referred him to the head of the school of journalism.

The head of the journalism school made a few phone calls and secured space at an orphanage in Sydenham, Durban.

He lived in the orphanage for two months, but later got a bursary.

He also worked for the Sunday Times and Drum magazine. His last job as a journalist was at The Star. He founded a public relations company in 1997, Matigari Communications, and has never looked back.

He has worked at Talk Radio 702, Kaya FM, Radio 2000 and currently at Metro FM. He wants to use his influence in the media industry to help boys become better men and build a better society.

"If you fix the man, you are giving the country a great chance to fix itself. Men are nothing less than 70% of the problems. We are born in a society that already celebrates us because we are men. Imagine if we had good men how much impact we could have."