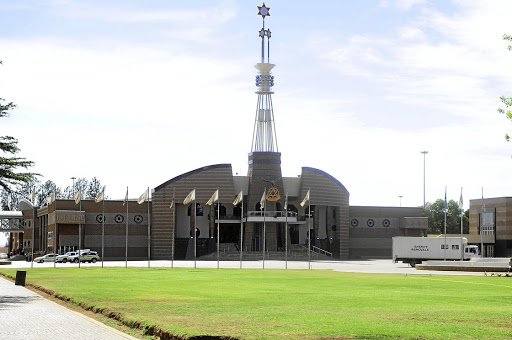 The IPHC church headquarters in Zuurbekom, south of Joburg is the centre of a war over the control of the church. The church, one of the largest in the country, is at the centre of a protracted legal battle, with three factions trying to lay claim to the throne.
Image: Thulani Mbele

The battle for the control of the International Pentecost Holiness Church (IPHC) and its millions has turned dirty.

This comes after pictures of the leader of one of the church's three factions, Leonard Modise, were leaked this week.

The pictures purportedly show him smoking and urinating in public.

Leonard, who is the second son of the late leader of the church, Glayton Modise, is currently leading the church, whose headquarters are in Silo, Zuurbekom, south of Joburg.

Glayton, who had inherited the church from his late father and founder Frederick in 1998, died of an undisclosed illness in 2016.

A legal dispute over his succession has been raging since his death. There have also been violent clashes between different factions within the church, with fatalities in some instances.

Leonard confirmed knowledge of the pictures, but discredited their authenticity, arguing that they were doctored to fit the agenda of those who did not want him to claim his "throne as the anointed leader" of the church.

He said the pictures were meant to serve a particular purpose, mainly to stop more members from crossing the floor from the other two factions - one led by his older brother Tshepiso and the other by Michael Sandlana - to his side.

"There are people who are not happy with me because I'm saving the legacy of Ntate, who is my father. They are not happy because they have been stealing money belonging to the church. They see me as their obstacle.

"This fights that you see [between us] is all about the money. There are people who want to enrich themselves using the money of the church, and they saw an opportunity to loot the money after my father, the late Comforter passed away," said Modise.

Leonard said when he took over at the IPHC headquarters, he found that the church was being mismanaged and facing a lot of debt.

"They made a lot of debts in the name of the church and if it was not for me, the church would have been sold or liquidated as a result of those debts."

He said the pictures, which have been circulating among church members, were meant to instigate chaos in his church by those who have interest in the church leadership.

"They are losing members every week while I'm gaining members from their branches. So they doctored the pictures so that people can question my fitness to lead the church. 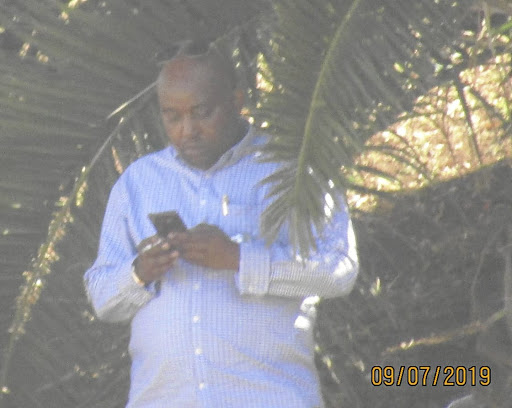 Leonard Modise is purportedly holding a cigarette in this photo. He has rubbished the picture as having been doctored to smear him

"But they won't succeed and they know it. That's why they are now resorting to dirty tricks," he said.

Leonard said that those close to him were suspecting that the pictures could have been leaked by those in his brother Tshepiso's camp.

He said since he took over Silo, he had been subjected to insults, mostly made on social media and emanating from those close to his brother.

"My brother's people attack me everyday on social media and this is shocking to me because I thought we have a common enemy who is called Michael Sandlana who is trying to hijack the church from the Modise family. But instead of fighting Sandlana, my brother and those close to him are insulting me every day," said Leonard.

Modise family spokesperson Emmanuel Lekgau and Tshepiso's lawyer confirmed knowledge of the pictures but neither his client nor the Modise family were involved.

"TS [Tshepiso Modise] is not involved in [the leaking of Leonard's pictures], and those who are insinuating this are those people who are working very hard to create a rift between the two brothers.

"Tshepiso Modise loves his brother and he sees no benefit in fighting him. We were all surprised to see the pictures.

"All that he hopes for is peace between him and his brother, and that will be a safeguarding of Modise legacy in the real sense," said Lekgau.