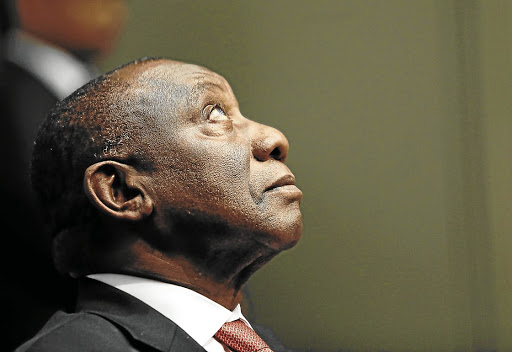 President Cyril Ramaphosa detailed in his response how the public protector got it all wrong in her preliminary findings.
Image: Esa Alexander/Sunday Times

President Cyril Ramaphosa's campaign to become ANC president at the party's 2017 elective conference was heavily funded through donations of more than a quarter of a billion.

The amounts include the president's personal contribution of R6.2m and personal loans of about R31m made by him to the CR17 campaign during its early stages .

The president has, in a 51-page response to the public protector's preliminary finding seen by the Sunday World, accused Busisiwe Mkhwebane of unilaterally extending her scope of investigation, arguing she had no right to scrutinise his campaign donations, including the millions contained in two trust accounts.

Ramaphosa, who has been found to have misled parliament during his question and answer sessions by the public protector, also questioned Mkhwebane's figures - suggesting they are riddled with a litany of inaccuracies. This is regardingabout R388m, which she had attached to his CR17 campaign in two trust accounts, EFG2 Trust (Edelstein Farber and Grobler ) and Ria Tenda Trust.

All these details are contained in Ramaphosa's response to the public protector's preliminary findings against him following complaints laid by DA leader Mmusi Maimane and EFF deputy president Floyd Shivambu.

On Friday, Mkhwebane released her report about her investigation into a R500,000 donation made into Ramaphosa's CR17 campaign by Bosasa CEO Gavin Watson and she found that the president deliberately misled parliament. She ordered the police and National Prosecuting Authority to commence a thorough investigation within 30 days on suspicions of money laundering.

Mkhwebane also ordered speaker of parliament Thandi Modise to report the president to parliament's joint committee on ethics and members interest for violation of ethical conduct for failing to declare the donations received by his campaign while he was deputy president of the country.

In his response, Ramaphosa said he was not privy to details about donations made to his campaign and said he had agreed with his campaign managers that they would not tell him who had donated to avoid any suggestion his goodwill could be bought. 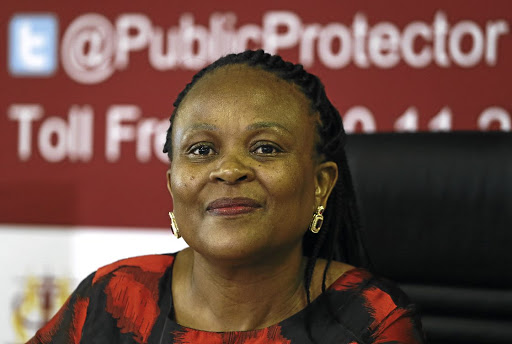 "He was accordingly generally ignorant of the donations to the CR17 including the one made by Mr Watson," reads Ramaphosa's response.

Ramaphosa said he did not mislead parliament about the Watson donation, which Maimane said Bosasa had made into a bank account of his son, Andile Ramaphosa.

Ramaphosa said if there was anyone who should be found guilty of misleading parliament, it was Mmusi Maimane for asking a question without all the relevant information thereby making him to provide an unrelated response.

Ramaphosa also disagreed with Mkhwebane's suggestion that he was supposed to declare donations made into his campaign to parliament, saying that he was not required by the executive ethics code to do so.

"The code only requires members to disclose their own financial interests and those of their dependent children. The donations to CR17 belonged to the campaign and not the president. The president was not generally aware of the identities of donors or of the amounts of their donations to CR17.

He was not required to declare them," he said.

On Mkhwebane's suggestions his CR17 campaign might have been involved in money laundering, Ramaphosa said the claims were absurd.

The president said the suggestion was based entirely on the fact that Watson had routed the donation to his campaign via a private company.

President Cyril Ramaphosa says he will seek an urgent review of public protector Busisiwe Mkhwebane's findings against him because they were wrong in ...
News
3 years ago

"The public protector apparently did not even ask Mr Watson why he had done so. But whatever his explanation, the president in any event did not even know of the donation or its pedigree. The suggestion that he might in some unspecified way have been involved in money laundering is quite irrational," argued the president.

In the response, the president opened up about his campaign budget, including his personal contributions and loans made to the campaign.

The president said his campaign, which was run by Bejani Chauke, started in September 2015, and he made payments of about R200,000 from his own pockets, before he was joined in by other team members.

Motlatsi was recorded as having made a donation of R600,000 before he agreed to join the campaign's fundraising committee. Dabengwa contributed R500,000.

The president made payments of about R37m to the campaign between 27 January 2017 and July 2018. These payments by the president were made in five tranches - two transactions of R1m, R5m, R10m and R20m.

The response further shows that the president also had issues with Mkhwebane's investigations into the donations, and questioned some of the figures she uncovered.

He said Mkhwebane got her figures wrong and had exaggerated the amounts held in the trust accounts belonging to the law firm Edelstein Farber and Grobler (EFG).

Ramaphosa also disputed the public protector's evidence that suggests that an amount of R388,544, 340.34 was deposited into another account named Ria Tenda Trust, which he said was solely created to receive donations for the CR17 campaign.

President Cyril Ramaphosa told public protector Busisiwe Mkhwebane that she did not have the jurisdiction to investigate the CR17 campaign that ...
News
3 years ago

Ramaphosa said the Ria Tenda Trust account was opened on May 29 2017 and argued that it unclear why the public protector's enquiry into the account had commenced on January 1 2017, five months prior to the account being opened.

The president said the monies paid by the CR17 campaign to his foundation were actually repayments of the monies used by the foundation for expenses incurred in booking venues on behalf of CR17.

Responding to the public protector's final report, the presidency issued a statement in which it said the president will study the report and make a decision on further action.

However, the presidency pointed out that it was unfortunate that the president's response to the section 7 (9) notice was not considered by the public protector in her final report.