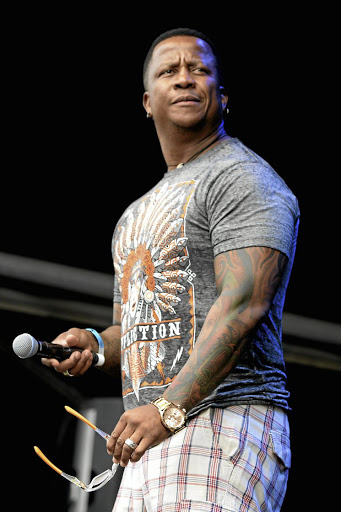 The SABC and its Metro FM breakfast show host DJ Fresh have exchanged ultimatums over the radio presenter's refusal to apologise for his on-air behaviour.

This behind-the-scenes squabbling happened two days ago after the Broadcast Complaints Commission of SA (BCCSA) found the SABC guilty for use of foul language on air and ordered it to reprimand DJ Fresh, real name Thato Sikwane.

As a result, the radio presenter, also know as the Big Dawg, was allegedly ordered by the public broadcaster to stay home for two weeks and return to work on July 15.

However, it had emerged that another condition put to the DJ was that he should apologise to the listeners for using foul language on air.

Sunday World has established through two senior SABC sources close to the matter that on receipt of the public broadcaster's letter, DJ Fresh wrote back through his lawyers and vehemently refused to adhere to the conditions of his return to air.

According to the legal correspondence seen by Sunday World, DJ Fresh's lawyers told the SABC that the presenter had no intention to apologise, and they instead gave an ultimatum that the Botswana-born DJ must be reinstated with immediate effect.

In the letter, the lawyers argued that DJ Fresh had done nothing wrong when he used foul language on air.

"We are refusing your decision to have our client apologise on air, and we advise you to reinstate our client with immediate effect, failure of which we intend to consider legal action against the SABC," the letter reads.

An SABC executive said they were shocked by DJ Fresh's ultimatum, noting they assumed that its contents were effectively a resignation.

DJ Fresh took to Twitter on July 3 2019 and promised to break his silence soon about the deadlock between him and MetroFM. He thanked fans and apologised for the silence around his possible return.

"Remember, the sanction by the BCCSA could have been worse but the SABC took responsibility for DJ Fresh's mistake to minimise the damage. This is how he thanks us, by threatening to take us to court while he should be apologising for his mistakes," said the official.

The official said Fresh's insults, made on May 20 when he used the swear word "msunery" and also said a listener was "tweeting from your arse", were considered foul language.

According to the official, the DJ made the remarks five minutes before a children's segment on the show, which amplified his "wrongdoing".

As a result, the SABC wrote back to the lawyers and informed them that the public broadcaster had no plans to accede to their demands, and instead told them that DJ Fresh would have to adhere to the conditions if he wanted to come back to work.

The e-mail correspondence seen by Sunday World, dated July 4, also made it clear that if he failed to adhere to their conditions, they would have no choice but to explore other options, which include terminating his contract.

His lawyers shot back: "Our client will not tender an apology and remain off work until 15th day of July 2019. As such, kindly confirm you intend terminating his contract."

SABC spokesperson Vuyo Mthembu confirmed that the public broadcaster was found guilty by the BCCSA over DJ Fresh's foul language.

"The SABC can confirm that it has been found guilty by the BCCSA for contravention of clause 6 of the BCCSA code of conduct relating to the use of offensive language by its on-air presenter, Mr Thato Sikwane, on the Metro FM show.

"The SABC will abide by the ruling and the sanction, which was imposed by the BCCSA. The SABC is committed to ensuring sound governance and internal controls irrespective of an employee's position.

"The SABC can further confirm that Mr Sikwane is expected to return on-air on 15 July 2019. Mr Sikwane has been consistently made aware of the reasons for his unscheduling. It is unfortunate that Mr Sikwane is giving an impression that he does not know what is going on, when the SABC has been communicating with him in this regard.

"It is the SABC's prerogative to use its discretion as to who will stand in should a presenter be unavailable and this principle applies across all our platforms," Mthembu said.