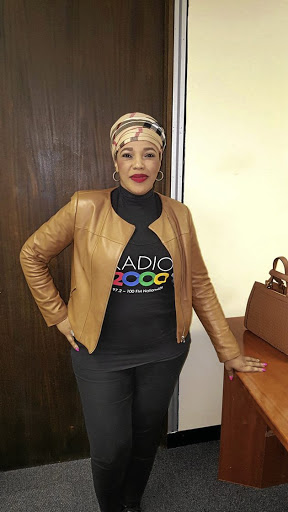 Puleng Thulo has a mountain to climb in a bid to keep her job.

Suspended Radio 2000 station manager Puleng Thulo looks set to be the next top banana to exit the SABC.

This as Thulo was dragged before a disciplinary hearing two weeks ago to face four serious charges, among them allegations of abuse of power, dereliction of duty, insubordination and irregular and wasteful expenditure.

As if that was not enough, Sunday World had learned that the SABC had lined up at least six employees to testify against Thulo to recount their alleged experiences at her hands.

It is understood that some of these employees were seriously affected by their working relationship with Thulo, with all six admitted to hospital for depression. As a result the SABC was forced to implement a wellness campaign at the station.

SABC spokesperson Vuyo Mthembu confirmed Thulo was facing a disciplinary hearing but did not provide details.

"The SABC can confirm that a disciplinary process has been instituted against Ms Thulo and the corporation is not in a position to comment further as this is a matter between the SABC and Ms Thulo.

"The SABC will also not pre-empt when the disciplinary process will be concluded. In terms of the issue of the wellness of our employees, we are not in a position to discuss such matters in the public domain," said Mthembu.

Two senior SABC officials privy to the charge sheet revealed Thulo was already struggling to fight off two of the main charges by her staff members, including a charge emanating from her screaming match with programmes manager Christopher Choane.

The senior executive said that Choane had submitted audio recordings of several meetings he held with Thulo to prove that she had allegedly been undermining and disrespecting him and, to some extent, abused her powers.

In one of the recordings which Sunday World had listened to, Thulo and Choane could be heard heckling each other as they disagreed over the station's new line-up, which was announced a week late.

In the audio clip, Thulo could be heard shunning Choane from making contributions on the line-up, telling him to keep his views to himself. Choane fought back, arguing she could not tell him to shut up as she had been excluding and undermining him for a long time.

The executive indicated that the squabbles between the two were later reported to the executive management to address, as it was affecting the running of the station.

The charge of insubordination, according to the second executive, related to Thulo's insistence to keep Justice "Just Ice" Ramohlola on the breakfast slot despite a recommendation by executive management to revamp the station's entire breakfast slot.

The source revealed that management's instruction was informed by the decline in breakfast show listenership.

"They told her to get a new talent for the slot to help get the numbers back."

However, the same source said Thulo decided to ignore the instruction and submitted a line-up with "Just Ice" still as the show's host, much to the anger of management. The source revealed she could not defend her decision when she was asked to give reasons why she was keeping "Just Ice" as the host, and management opted to entrust Choane with the responsibility to find a replacement.

Stylist is intimidating me, Mabotja claims.
News
2 years ago

"He decided to get Phat Joe and management supported his choice," said the official.

Both the executives said that the dereliction of duty charge emanated from Thulo's alleged failure to manage the station's new radio season after certain programmes were delayed, including the commencement date of certain new talents.

"Remember, Phat Joe had to start his show a week late because of the squabbling between Thulo and Choane.

"And that blame can only be laid at the door of the station manager," said the official.

The last charge of wasteful and irregular expenditure, the sources indicated, was informed by several decisions made by the station to fund programmes like roadshows and on procuring marketing items that it could not afford.

These events, the official said, were rejected by the finance department but Thulo allegedly used her proximity to former chief operations officer Hlaudi Motsoeneng to get them funded. Thulo did not respond to requests for comment.