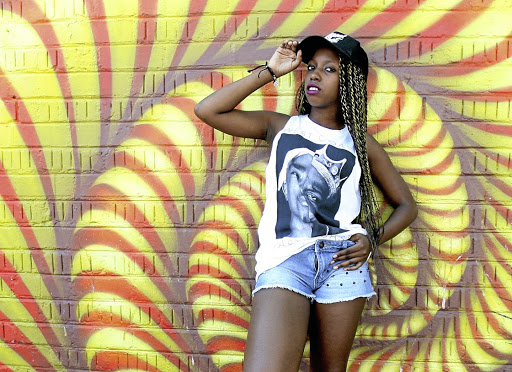 Gigi LaMayne has caused a stir.

Rapper Gigi LaMayne, who had previously opened up about struggling with depression, sent Mzansi into a frantic frenzy yesterday with her ominous tweets.

The tweet came just as HHP's funeral was taking place. The Bosso hitmaker, who also suffered from depression, took his own life last Wednesday. The tweet was followed by another that said "the end". They were later deleted as some fans speculated she was in hospital.

Trouble seemed to kick off on Friday when she tweeted: "We are all human and under pain and pressure, we crack. The therapy I'm getting has made it all better. I'm starting to see. I was hurt way before I was hurt."

In September, the DJ, whose real name is Genesis Gabriella Tina Manney, opened up to Cosmopolitan about her earlier tweets about her depression.

"Today marks my seventh year fighting and living with depression. I'm thankful to my friends and family who've supported me this long. The downs couldn't be easy," read one of the tweets she discussed.

She also used Twitter to admit to her "toxic" relationship with Sandile "DJ Citi Lyts" Mkhize, the younger brother of the late ProKid.

Mkhize who is believed to live in the same complex as LaMayne, was surprised when asked for comment, saying he didn't know she had tweeted or that she had been rushed to hospital.

The year 2018 has robbed South Africa of many young and talented stars, from musicians, actors and academics.
Lifestyle
3 years ago
Next Article