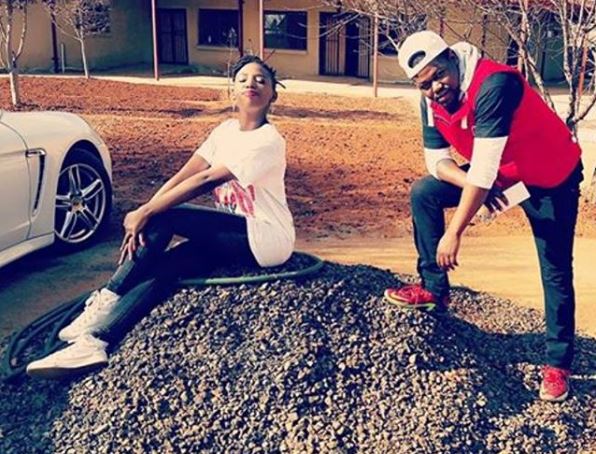 Close friend and rapper Gigi Lamayne has described the devastation amongst hip-hop artist Linda 'Pro' Mkhize's family as "horrible", saying they were trying stay strong for each other.

Pro's death was confirmed by his family during the early hours of Thursday morning. In a statement the family said he had suffered a "severe seizure".

"The legendary SA hip-hop artist affectionately known as ProKid passed away on Wednesday. He suffered a severe seizure attack while visiting friends and paramedics were called in to assist. They did their best to revive him to no avail and called his time of death at 8.38pm‚" read part of the statement.

Local rapper Linda 'Pro' Mkhize has died at age 37, a statement released by his family confirmed this morning.
Entertainment
3 years ago

Gigi‚ who is dating Pro's brother‚ Sandile Nkululeko Mkhize aka DJ Citi lyts‚ and was with him when the family rushed to his mother's home in the hours after Pro's death‚ told TshisaLIVE that the mood was heavy.

"I was with his brother and when we got to the house it was so somber. It was melancholy. The weather was so bad. We have to be strong for the family. I want to break down and cry but can you imagine what his brother is going through? His mom and dad? His wife and child? His brother is broken."

Gigi said Pro's wife‚ Ayanda was completely shattered by his death‚ while his mom Fikile was staying strong for those around her.

"I was talking to the mother of his daughter and she was so sad. He had so much to offer. It is horrible. I don't have the words to describe how horrible it is. She is devastated‚ they all are. His daughter is only three and she's running around the house‚ she doesn't understand what is going on.

"It is a trying time for everyone. We were out at the parents home and I was amazed at how strong his mother is doing. She is holding up for everyone. She is so hopeful. They just want people to reflect on his life and music. That is the biggest honour they can pay to his legacy and his family."

Although media have been prevented from visiting the family‚ Gigi said the mood at the house turned into a celebration of the star's life as A-listers‚ neighbours and celebs flocked to the home.

"He has such a strong family. Last night everyone got to bed so late because we were listening to his songs and remembering him. It is shocking‚ so sad. We are all so worried about the funeral and if we will find a place big enough to fit everyone because there were so many A-listers‚ neighbours and celebs who came past to visit the family and pay their respects. He was Soweto's number one boy and I think the funeral will be a massive event."

Gigi said there should be a statue in honour of him erected in Soweto because of the impact he had on the area and the people around him. This despite constantly being let down by the industry.

Everybody knows what you meant to me. What you did for Us. I remember you forcing people to cheer for me at our first tour together. You promised my parents you’d have my back forever and you did just that. From battling each other to vibing to Biggie and Hov. Calling me lil Kim and reminding me how cruel the world was . You got my first song on radio ! Are you serious Linda? If it not all enough that we were all going through so much ? Your brother is broken. The members of MFE and Dankie San? We are broken. Please ask the man upstairs to help cushion the blow to our hearts. Bhudi wam. Kubhlungu. 💔My heart was ripped from me yesterday when we arrived .. I can’t...

"He got disappointed but never angry‚ and everyone knows he had such a difficult time in the industry with labels and management taking advantage of him but he just got back up‚" she added.

Gigi said she owed her whole career to Pro and would always cherish how he promised to look after her.

"ProKid was responsible for me breaking into the industry. He got my first single on radio and took me under his wing for three/ four years. He told my parents that I would be okay and that he would be protect me. He protected me. He had his own battles with the industry but tried to look after me‚ to shield me from it."