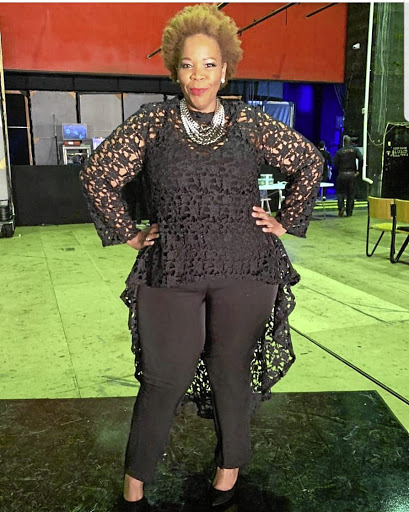 It takes more than just talent to produce an Idol.

There's an entire team behind the scenes working to bring the magic every Sunday night to Mzansi Magic. One such gem is vocal coach Margaret Motsage.

She joined the Idols family in 2005 as a back-up vocalist.

"I've subsequently become a preliminary judge for the first leg of auditions, a theatre week vocal coach and I am also assisting with vernacular coaching," she tells us.

Motsage has many years of experience in the music industry and has been a phenomenal gospel powerhouse herself.

"It's been truly an honour to have been part of the brand for so long. I have seen phenomenal raw talent turned into tangible credible artists who went on to do amazingly well. It's such a privilege to be able to contribute, and it will be a blessing to stay on for as long as I'm still needed."

Having also been a founding member of Joyous Celebration, Motsage actually wanted nothing to do with music as a career.

"I initially wanted to become a dentist because my aunt was a dental nurse. She would often take me to her work and that's where my interest was piqued. However, because of a lack of funds, I couldn't pursue that," she says.

Born in the 1970s and raised in Kimberley, she spent her formative years on the East Rand.

She says her tough, but glorious childhood taught her a valuable lesson that no one was going to give her a free pass in life.

Contest down to the wire as one must drop out.
Lifestyle
3 years ago

"There was a time when I couldn't live with my mother because she was a domestic worker at the height of apartheid; and had to live with a family that wasn't ours. That taught me to rely on myself."

Having worked with the likes of Judith Sephuma, Benjamin Dube and Robbie Malinga, she produced a few of her own hits too. But with three albums under her belt - Margaret Sings Praises (1995), Sihamba Naye (1998), Dwala Lam (2008) - she stepped out of the limelight.

"I haven't been a member of Joyous Celebration for quite a while now. It was a tremendous journey as one of the founding members and I learnt a lot. I can always create music again in the future on my own too. I recently started vocal coaching on a full-time basis, which is a passion of mine. I love seeing singers transform and coming into their own by refining and honing their skills."

The single mother of one says had Idols been around when she broke into the music industry, she would have grabbed the opportunity with arms wide open. "Idols SA has given so many young people the platform to showcase their talent to an audience of millions."

Motsage says confidently that Vincent Bones, Mmatema Moremi and Bongi Silinda stand out among many she had coached.

She also has her bets on who will make the final cut tonight but didn't want to jinx it.

"More than singing, it takes humility, consistency, respect and a fierce professional work ethic to win this thing."