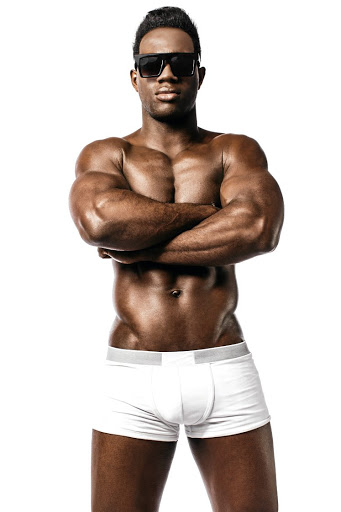 Fitness is advisable for a healthier sex life but ED affects all types of men.
Image: 123RF

It's not all doom and gloom for men who can't get it up.

Bionic like penile implants may be the Vrrr Phah! you need. A study that for the first time included black men found that erectile dysfunction (ED) affects 2.7 million men in South Africa alone.

Nicole Jennings, spokesperson for Pharma Dynamic who specialises in men's health, says in a country such as South Africa where the majority (78%) of men that are 20 years and older are black, the findings are significant. She says it's not only men over 40 who are being diagnosed but the condition affects younger men too.

Dr Shingai Mutumbirwa, a urologist, says what most men who have given up on erection pills don't know is that they have various medical options available such as penile implants or what Americans refer to as the bionic penis.

"The technology is not new and has been coming along since the 1970s. There are reusable vacuum erection devices which you can purchase over the counter, injectables or penile surgery which involves inserting one of two prosthesis: A non-inflatable malleable prosthesis or the Rolls Royce of devices called the inflatable three-piece prosthesis.

"The best of this technology is supplied in SA by Boston scientific and surgeries are performed mostly in Pretoria and Cape Town by highly specialised neurosurgeons. Medical aids do not cover these hefty surgeries however - unless the motivation calls for it in very unique cases," he says.

Vacuum hand-held pumps are the cheapest at about R1,500, but are also said to be painful as they involve an elastic band tied at the base of the penis while the user pumps until he becomes erect.

Forget teddies, chocolates and roses to boost your love chances. More couples are turning to unconventional gifts to enhance their love bits through ...
Lifestyle
2 years ago

The process is also not very romantic says Mutumbirwa.

The malleable prosthesis is cost effective at about R15,000 to R30,000 for the device only. Mutambirwa explains that "the patient will manipulate the device with the hand to either stand up or down."

Although it is sufficient for sex, it's not as rigid as a "normal man's penis". But the more costly inflatable implant, from R70,000 to R90,000, is said to be the king of kings when it comes to sexual satisfaction for both parties.

Mutumbirwa says the operation which is life-changing takes on average 10 hours and the costs are separate from the prosthesis.

It's apparently less invasive and have fewer report of infections.

"It's referred to as the Rolls Royce because it is that reliable. It's an inflatable three piece consisting of two cylinders placed inside the penis. The cylinders are filled with saline. This cylinder is connected to a pump located near the scrotum - a pocket is created under the skin of the testicle to hold the pump. The reservoir is connected behind the pubic bone.

"When it is flaccid its flat unlike the malleable implant. It is fully concealed inside the body." He explains a man in the mood will press a button in the groin activating the pump near the testicles causing the saline from the reservoir to flow into the penis. After ejaculation the liquid flows back into the reservoir.

"It has changed the lives of so many men. In fact in some cases an entire penis can be built around this technology for men who require it."

A 29-year-old bank employee and new mother who prefers to stay anonymous says her pubic piercing is her best investment yet.
Lifestyle
2 years ago
Next Article