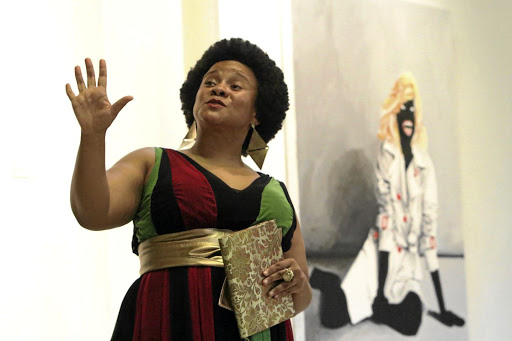 Renowned poet Lebo Mashile has taken on a new role to speak out against injustices against pregnant women in the workplace.

Through tears, swollen ankles, exhaustion and nausea, she held her head high as she took on world stages until only seven days before delivering her second baby.

She says as much as she struggled through hiding her pregnancy, she also felt beautiful and regal as her belly grew.

"We need to normalise pregnancy, not with pink and blue ribbons, but with realistic pictures of what pregnancy and motherhood look like. We need to stop idealising pregnancy and relying on marketers' ideas of what it should be, and start addressing the issues that mothers face. Survival, job security, loss of income, healthcare, and access to safe amenities for mothers in public spaces are real issues."

Mashile, who wears many other hats, including that of author and actress, says while she announced her first pregnancy eight years ago with much delight, her gigs soon dried up fast.

"Firstly, there were debates on the internet and on TV about who my child's father was. Secondly, as soon as I made the announcement, I noticed a sharp decline in work. There were consistent clients who continued to book me no matter what, and I will forever be grateful to them..."

She hid her second pregnancy because she felt she had no choice. She says this is because while society puts motherhood on a pedestal, they turn around an make it impossible for mothers to survive.

"Why don't we see pregnant actresses, performers, speakers, newsreaders, businesswomen, and politicians, performing their public and professional duties while pregnant, because that is reality? There is nothing shameful about pregnancy, but we live in a violent, misogynistic society that uses every opportunity to shame women."

But being a mother has made her sharper, more intuitive, and better at what she does.

"Motherhood has deepened my feminism and given my sense of activism even more purpose. Mothers are assets and should be treated as such."

She explains that she hardly took time out with baby number one, just like her mom, Prudence, had to do in 1979 when she was born. "I was on stage two weeks before he was born and 10 days after giving birth. With baby number two, I was on stage seven days before giving birth and again one month afterwards. I flew to Durban, breast pump in tow, and MCed an event for an international women's conference. My mother went back to school two weeks after I was born. She was doing her Master's and opted to write seven 8-hour exams instead of a thesis. Her professor was in absolute awe and told the story many years after I was born.

What could she do? She was a student, on scholarship, in exile, and life depended on her bursary. Similarly, what could I do? I am a freelancer, a working artist, and a mother."