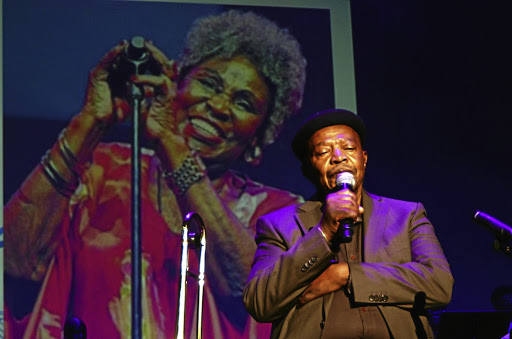 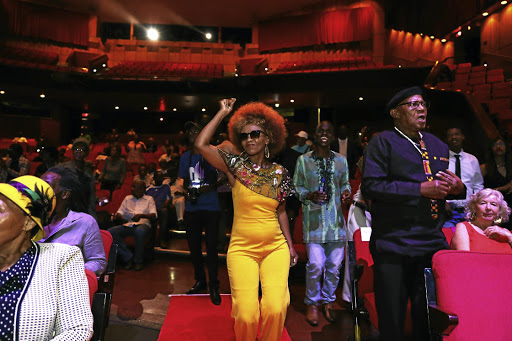 The life of jazz icon Dorothy Masuka has to be remembered as authentic, original and inspirational among her peers, fans and family.

Fellow musician and acting chairperson of the Living Legends Legacy Project Letta Mbulu, a fraternity Masuka was a member of, said the 83-year-old was an original musician.

"Sis D was the quintessential voice of Africa and was very original. When you heard her sing you knew that she was African through and through," said Mbulu.

"Not only was she a great singer and fantastic performer but she was also a loving big sister to me and my husband [Caiphus Semenya]."

Mbulu was among mourners who attended the second official memorial service at the Joburg Theatre on Friday.

The Nontsokolo hitmaker and Kofifi diva died last Saturday at home from complications related to hypertension after suffering a mild stroke last year.

She fell sick late last year while on an international tour.

One of the most underrated composers of our time, Masuka was born in Bulawayo, Zimbabwe, in 1935. Her family moved to SA when she was 12.

Dabengwa, who met Masuka when they were in their 20s, said he was saddened by her passing.

"I know I speak for many people in Zimbabwe and the region when I say that the struggles for independence and liberation in southern Africa confronted artists, including musicians like Dorothy Masuka, with a cruel choice," Dabengwa said.

"They could choose to identify with the oppressed and jeopardise careers, or take the soft option of avoiding controversy and persecution by colonial and racist authorities that we fought against and prevailed."

Saxophonist Sipho "Hotstix" Mabuse said Masuka's composing skills were ahead of her time. His sentiments were concurred by Generations: The Legacy executive producer Mfundi Vundla, who believed she was "a star of the time".

He explained Masuka was at the forefront of the foundation of urban pop culture with the likes of Dolly Rathebe, Miriam Makeba and Abigail Kubeka.

"She is one of the founders of urban popular music, which I see as a big contribution to African music in general," said Vundla.

In her career spanning six decades, Masuka penned many hits including Pata Pata, Khawuleza, Hapo Zamani, Nginje, Mzilikazi, Yombela and Into Yam among others.

The veteran singer will not only be remembered for great music but also for her sense of style, humanity and great cooking skills.

Her house in Yeoville has been described as "a home away from home" because she welcomed everyone. Band members that included Babes Ndamase, Bheki Khoza, Mpho Modisakeng, Mncedisi Kupa, and Sipho Mabena attest to that. Ndamase, who was a drummer and co-ordinator of Masuka for 13 years, praised her great cooking skills.

"We will miss her buffet breakfast that she made for us before rehearsing. Since she was getting older she had a tendency of forgetting how many songs she rehearsed for the show," said Ndamase.

"During sound check Masuka would still want to add more songs. The frequent change of mind forced the band to record every conversation whenever she was issuing instructions.

"As a result, we ended up calling the cellphone igqwetha (lawyer) because what's recorded is the truth. When she started changing her mind, we would normally say masibize igqwetha [let's bring in the lawyer]."

Masuka will be laid to rest today at Westpark cemetery.