Jazz icon Masuka to be sent off from theatre stage 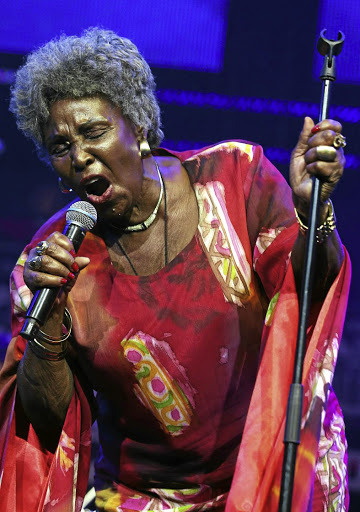 The late Dorothy Masuka will be laid to rest on Sunday at Westpark Cemetery, Johannesburg

Masuka died on Saturday at the age of 83 following complications related to hypertension after suffering a mild stroke last year.

The second one will be held at Joburg Theatre in Braamfontein, at 12.30pm, the same venue where a funeral service will be held on Sunday at 9am.

Masuka was born in Bulawayo, Zimbabwe, and her family moved to SA when she was 12 due to her health.

Gallo record company's Rob Cowling said the company was grateful to have been part of her last project titled Nginje.

Her producer Steve Dyer said: "Masuka was a repository of seven decades of cultural activism. She epitomises a regional sound that spans from SA, through to Zimbabwe, Zambia and beyond".

Granddaughter Laika Masuku said: "The family would appreciate privacy at this time. Your understanding and condolences are appreciated"

Minister of arts and culture Nathi Mthethwa said: "Words truly fail as Mama's death reverberates throughout the continent as would when a great baobab tree falls. It leaves a trail of destruction - in our case, that of broken hearts, as hers was one of the most extraordinary of all lives."