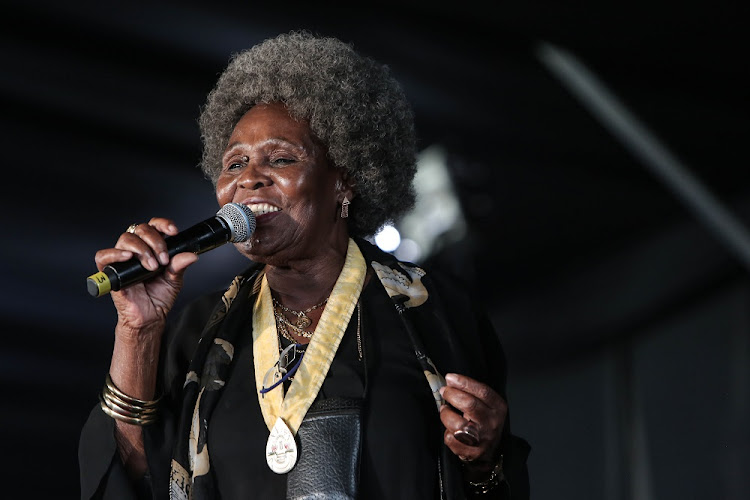 When jazz performer and composer Dorothy Masuka died on Saturday February 2 at the age of 83, the country mourned the loss of yet another South African musical icon.

The Hamba Nontsokolo hitmaker lived a very interesting life … here are a few fascinating things you might not have known about her.

She was born in Zimbabwe

Although thought of as South African, Masuka was born in Bulawayo in Zimbabwe. She moved to this country with her family when she was 12 years old. She later lived in Zimbabwe and other countries as an exile during the apartheid years.

She claims to have written the original Pata Pata

Pata Pata will forever be associated with the great Miriam Makeba but, according to Masuka, she wrote the song. In an interview with Mail & Guardian, she said she wrote Pata Pata “as a response to the daily experience of being harassed, grabbed and catcalled at in public”. In 1956, she recorded Ei Yow Phata Phata, over a decade before Makeba’s version was released in 1967 (and she liked to remind people of this), but hers was different. Later, she was to record a similar version to Makeba’s.

She was an air hostess

While in exile, Aunty Dot took many jobs to make ends meet while bringing up five children. One of these was as an air hostess. She also told GemNation she was even in the army for a spell!

She taught music at Boston University

In her 2014 interview with Mail & Guardian, Masuka spoke of often travelling to Boston in the US to teach music. She told the publication, “They want to know how someone like me, who hasn’t studied music, can understand it so well.”

She was awarded the National Order of Ikhamanga

In 2006, the government awarded Masuka the National Order of Ikhamanga in Silver “for excellent achievement in and contribution to music composition and performance”.

Masuka was honoured at the 19th Absa KKNK Afrikaans cultural festival, which takes place in annually in Oudtshoorn. It broke with tradition to give centre stage to a non-Afrikaans musician in 2013 with artists Zolani Mahola and Karen Zoid paying tribute to Masuka. Masuka continued to perform with Afrikaans rock singer and guitarist Zoid, gracing various stages such as the Absa Vuka Showcase and the State Theatre in Pretoria.

Mfundi Vundla, executive producer of Generations: The Legacy, secured the rights to produce a film about Masuka’s life in 2011, according to City Press. Three years later, Vundla was still searching for an actress to play the young Dorothy, while Masuka was planning to play the older version of herself.  “The old Dorothy is still here. I will play myself,” she told the M&G. Sadly, that can no longer be but she breathed her last knowing her story was to be immortalised on the silver screen.