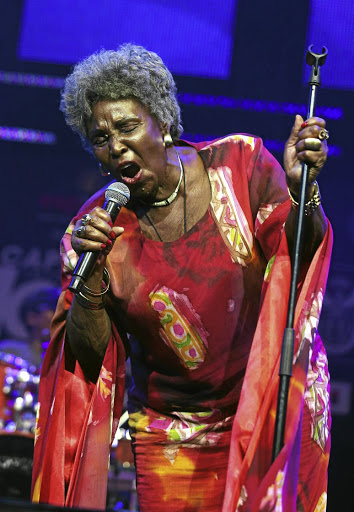 Poet Mzwakhe Mbuli said he was devastated by the passing of the Jazz Legend.

Speaking to Sunday World, Mbuli said he was introduced to Masuka by Queeneth Ndaba in the 80's, and was blown away by the legend's music.

'She was the living library of music and an iconic legend with vast experience," said Mbuli.

He said the last time he was in her space was in May 2010 when he organised a concert in Newtown, Joburg, to celebrate the life of Miriam Makeba.

"She was the appropriate person to perform at the show since she had produced most of Makeba's songs. Always humble, selfless yet highly experienced musically," raved Mbuli.

Mbuli said that Masuka also played a major role in the fight against piracy in SA.
"I remember she even joined one of our marches," he said.

Gauteng Premiere David Makhura said the news of her passing leaves all with a profound sense of sadness.

"We convey our condolences to the Masuka family as they deal with this incalculable loss. Her music uplifted the spirit of millions across the world. She leaves an indelible imprint
in our hearts! Farewell Mother of Jazz!"

Nathi Mthethwa, Minister of Arts and Culture, tweeted: "A baobab tree has fallen with the passing of one of a kind musician, the legendary Mama Dorothy Masuka. Her music was the soundtrack of some of our most joyful moments & the light of our souls during our darkest hours. Lala ngoxolo Mama wethu."

Fondly known as Aunt Dot, the songtress was famous for hits such as Hamba Nontsokolo.

Born in Bulawayo, Zimbabwe, she started out in a group called African Jazz and Variety during her teens. Together with Hugh Masekela, Miriam Makeba, they imitated international greats like Ella Fitzgerald. She also wrote the hit song Pata Pata made famous by Makeba.

She lived in exile in Zambia for 31 years and also worked as a flight attendant.