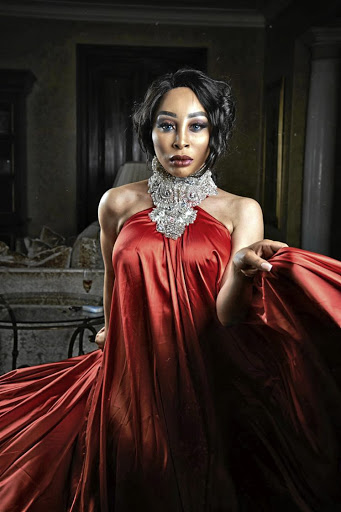 Khanyi Mbau has picked herself up.

Khanyi Mbau gets better with every film she acts in, but it is the roles that mirror her life that showcase her talent.

In her latest project Red Room, her character, who falls from riches to poverty in a heartbeat, hits close to home.

The local thriller which comes out in March next year sees Mbau as Zama Marawa, a rich pregnant woman who suddenly becomes poor overnight after her husband commits suicide.

Reminiscent of the Mandla Mthembu era, the actress said it was as if she was playing out her own life in the film.

"I am a woman who was once rich but it all came tumbling down and I found myself without anything. I had to start from the bottom again, doing Mzansi Magic movies and I realised that pride cannot take you anywhere," said the 33-year-old actress.

She was referring to her failed relationship with former millionaire Mthembu and their short-lived bling lifestyle.

The movie was shot in Hillbrow, Joburg.

Mbau said that, like her, Zama was also able to pick herself up. She became a heroine after rescuing women who were held hostage at a "safe house".

In the film, Mbau also gives birth. The scene is riveting, thanks to her genuine portrayal.

Mbau said to make herself look more rundown before the scene, she ran 15m back and forth to tire herself out.

"I have never given natural birth and I wanted to make this look real, because it is for real people and human trafficking is real," she said.

Film producer Keru Kisten said the thriller hoped to advise women on how to get out of difficult situations. The film also features Cici Twala, Aubrey Poo and Nick Soul.