'This is my last term as Safa president,' says Danny Jordaan 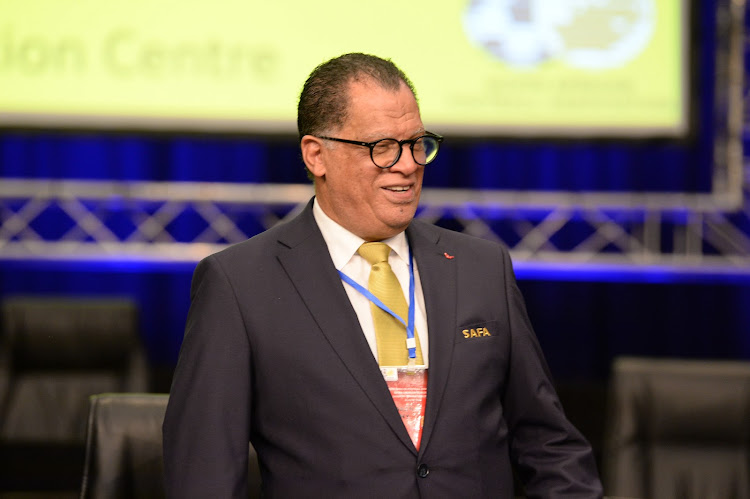 After being elected for a third term as president of the SA Football Association (Safa), Danny Jordaan has promised this will be his last term.

The 70-year-old Jordaan outmuscled challengers Ria Ledwaba, who has vowed that she won't rest until the re-elected president is completely out of football, and Solly Mohlabeng with an overwhelming majority of the votes.

Jordaan received 186 votes, Ledwaba received 27 and Mohlabeng just eight votes in the elections that took place at a Safa elective congress at the Sandton Convention Centre in Johannesburg on Saturday.

In the build-up to the elections, Jordaan had a number of people calling for him to vacate office as they felt he is not good for the growth of SA football.

However, Safa members, who are the voters, believe the experienced but controversial football administrator is doing an excellent job and they gave him another chance to lead the organisation.

Jordaan said the priority in his next term will be to grow women’s football, strengthen the sport in schools and implement strategies that will better Bafana Bafana, such as the introduction of squad size limitations in the Premier Soccer League (PSL), among other things.

“We want a professional women’s football league. A professional league means a player earns enough from football to sustain their needs. They don’t need to work a second or a third job to sustain themselves. That’s where we want to be with the Hollywoodbets Super League.”

The elections were preceded by a never-ending drama that included court cases, death threats and some Safa national executive committee members attacking the media.

There were at least three court attempts to stop the elections from taking place on Saturday.

As expected, incumbent Danny Jordaan has won the Safa presidential race by an overwhelming majority over challengers Ria Ledwaba and Solly Mohlabeng.
Sport
1 month ago

The cases were all thrown out by courts due to a lack of urgency including one brought by Ledwaba in the Pretoria high court.

Ledwaba had approached the court as she alleged there were several constitutional irregularities surrounding the elections.

The Kannaland Local Football Association also approached the Western Cape High Court to interdict the elections, but the application was dismissed with costs. Safa Vhembe's old leadership had the same outcome in the Pretoria high court.

In the build-up to the election, Ledwaba seemed to enjoy a lot of support but her “overwhelming” backing was from people not involved in Safa structures and not eligible to vote, such as political organisations.

Ledwaba said she was not disappointed with her underwhelming performance at the polls and vowed to continue to fight for football in SA.

“I knew the odds were against me when I came here, but I think I fought a good fight and I still believe that Safa needs to change,” Ledwaba said.

“I believe that I have not lost today, in fact football has lost a servant. I’ve been a servant, I’m not in Safa for any position. I was in Safa for all these years to serve.

“I’m not leaving, you are going to hear a lot from me. Until Dr Jordaan is out of football I will not rest.”

It didn’t come as a big surprise for many when Mohlabeng got just eight votes as he was hardly mentioned during the build-up to the elections.

Mohlabeng's campaign for presidency was non-existent.